The Making of Citizens of Ice Cream’s Days of Bays 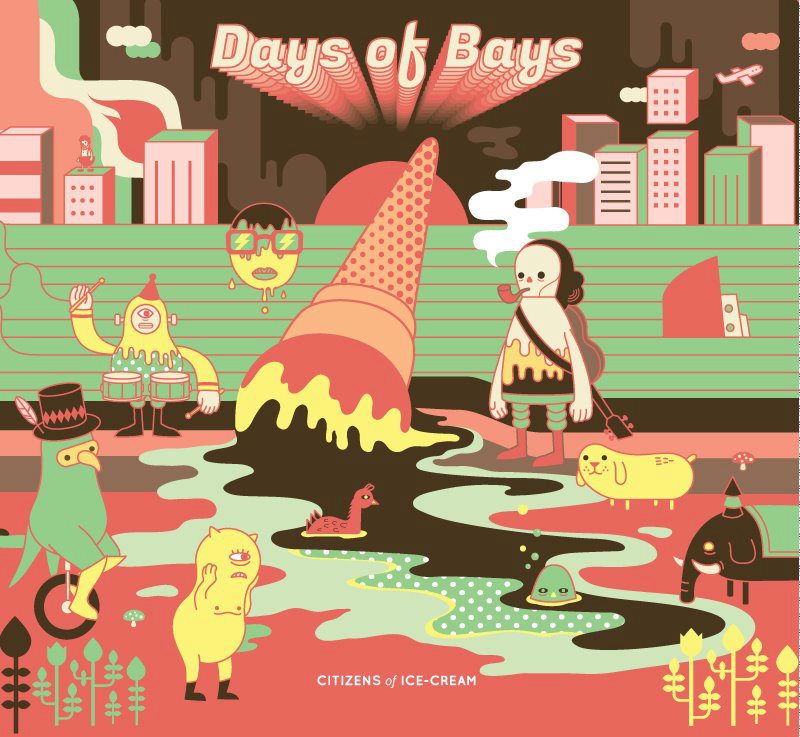 A six-piece instrumental band consisting of Hwang and Tan (guitars), Phang (synth), Ray Sung (bass), Azam (drums) and Aziz (trumpet), Citizens of Ice Cream is missing a few members at tonight’s interview but they’ve brought along their producer, Batak and conversation flows easy between them. The Wknd talks to COIC about ball-less reviewers, production screw-ups, and how they pulled their recent album Days of Bays together in a mere few months.

Azam : That’s a ball-less review! I know what he wants to say but he’s just not saying it.
[COIC speak candidly amongst themselves about Juice’s review of their album.]

Azam : They’re trying to be journalistic. There’s no presence of music journalism, not
even The Wknd.

Phang : It’s about living in South East Asia; Malaysia, in particular. It’s very much a
reflection of urban life and everything that comes with it. All the human experiences that
come with it.

Phang : We just went into a room and jammed. That’s the beauty of it, you don’t think
about doing it. You just do it and then you figure out what it’s trying to tell you. It took
us about 5-6 years for all the songs to come.

Hwang : In fact we forgot how to play some of them, that’s why can’t record.

Aziz : Should just title it “Songs That We Remember How to Play”.

Phang : Titles come after. I do this all the time in interviews and I have to explain this all
the time. And it’s a wonder to me how no other musician says it because I think it is what
it is. Because when you do music the way we do it (as in we don’t think about it), it’s not
about getting up and thinking “let’s write a song about fighting the war or fighting
depression” or whatever the fuck it is. I think that if you do it without any intention,
whatever that comes out is whatever’s already in you. And after that, what you do is you
try and figure out what the song is trying to tell you instead of trying to pin an idea on it.

Wknd : Do all your bandmates feel the same way?

Azam : What was he saying?

Azam : Everyone else embraces the instruments more than a concept. Everyone sort of
grasps that this song sort of exudes this kind of feel. Phang directs the song. He envisions
the song, mainly. We just basically play.

Phang : Aww, come one. It’s not like that, man! I think we all play a part in directing.
I’m just a little bit greedier than the rest. But really, most of the time it’s about where the
music is taking us.

Phang : LIE is his working name. We call him CK. We just gave him a very, very rough
idea of what we had in mind and then he just went crazy with it. It’s a beached ice cream.
Like a beached whale. It’s kind of like you realising that all the nice, sweet, little things
that you believed when you were a kid, as you were growing up? They don’t really exist.
So what you’re left with is a beached ice cream and it’s kind of funny. So you got to find
a joke in whatever it is that you’re living in right now and find a way to live.

Wknd : Did you face any problems?
[All burst out laughing]

Phang : Where do we begin?

Azam : I assume we should begin from the beginning.

Azam : The biggest problem would have to be…we had to change, we had to re-record
everything. And that’s where Batak actually came in.

Wknd : Why did you have to re-record everything?

Azam : Because it was shit the first time.

Wknd : Why was it screwed up?

Hwang : Screwed up basically because everything was being rushed.

Wknd : So you guys didn’t know this sound engineer?

Phang : We knew him. It’s just that we didn’t expect him to be a different person and the
way he views things is very different from the way we view things. So that’s kind of
difficult to work with. And also the studio was not ideal. The studio was, honestly,
fucked up.

Batak : No, it’s not fucked up. We were the first band that used it so there were things
that were not fine-tuned yet.

Wknd : So where was it re-recorded at?

Batak : I think the biggest problem is trying to get everybody in the studio. Because for
me, I would rather have all the band members there at anytime when there’s a recording
going on. Because I think that would contribute better to the music.

Wknd : So re-recording took about one month?

Batak : But even though it sounds rushed and everything, I think they had a very clear
idea of what they wanted their band to sound like. That made it so much easier la,
because I already have something to go for, you know? Rather than trying to figure out
what’s good for the band, I just get to record what’s best for the band. Let them figure
out all the hard stuff.

Wknd : So basically they sort of dictated what they want to sound like.

Azam : Not to say dictated la

Batak : Yeah, to me it’s their record. They get to say what they want it to sound like.
And they’re paying me to get that sound. I’m like a friend just there listening as well.
Like, “eh, that doesn’t sound good la”. It’s not like I have my production value or
something we have to adhere to, you know.

Batak : But I think that was good as well because we just went straight to the point
instead of trying to do this, trying to do that. Sometimes a band already has a clear idea
of what they want. But then they have all of these toys to mess with and they start going
all over the place going “hey, let’s put a loop here, a loop there”, then you lose focus of
what the original idea was about. That’s not the case with them.

Taking the album on tour to Taiwan.

Wknd : What is the difference between playing there and playing here?

Phang : Wow, where do we start?

Azam : There were no Indian people there. Basically playing here, you know, we got
friend friend la. Over there, we had a game before each show. We’d bet amongst each
other how many people there will be because no one knows COIC in Taiwan! But we
often were surprised, the places were filled and with a good crowd. And they were
appreciative.

Phang : The main difference is because you’re playing to strangers, you’re not …

Phang : People are just there for the music, that’s it. There’s no personal reference
getting in the way of enjoying the music.

Azam : There’s more honesty in response, really. The very first night we played, we had
a glitch. And really, no one applauded.

Azam : That was great! As a beginning gig, it was great. Because we knew “ok, this is
no fucking around type of shit”. If they like it, they like it.

Wknd : So which do you prefer – scenesters or enthusiastic teens?

Wknd : But it is a different feel, right?

Wknd : The reaction is different

Batak : Because the goal is not to entertain. Unlike artists like Siti Nurhaliza where they
want the crown to react.

Batak : You’re not trying to get a reaction like, to dance or… [trails off] It’s like a
painting la, you don’t expect people to dance in front of a painting.

Phang : I am hoping for a reaction but I don’t really care who gives it.

Wknd : How’s sales of the album?

Hwang : Youngsters rather pay for shows or downloads.

Batak : You can’t put CD’s into your iPhone.

Phang : Come on, we’re playing to uni kids, man. We’re talking about kids who don’t
even have money to spend for their own food, dude. They’re not going to throw out 30
bucks for a CD. So yeah, reality bites. They love your music but they don’t have the cash
to buy it. 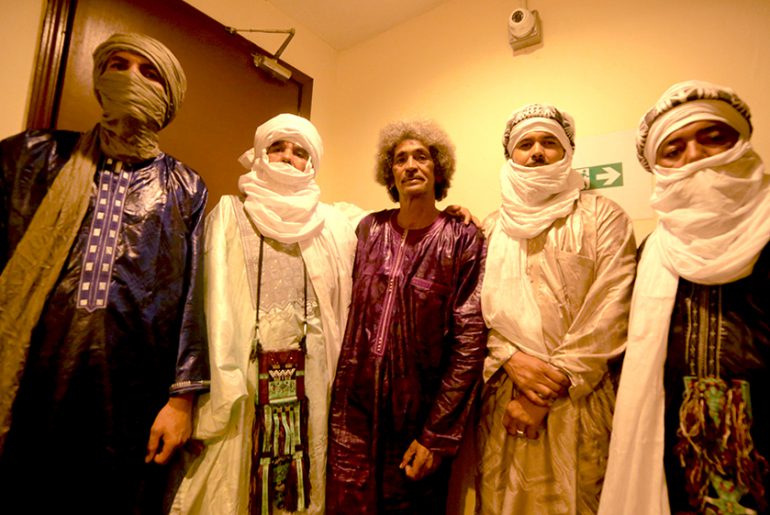 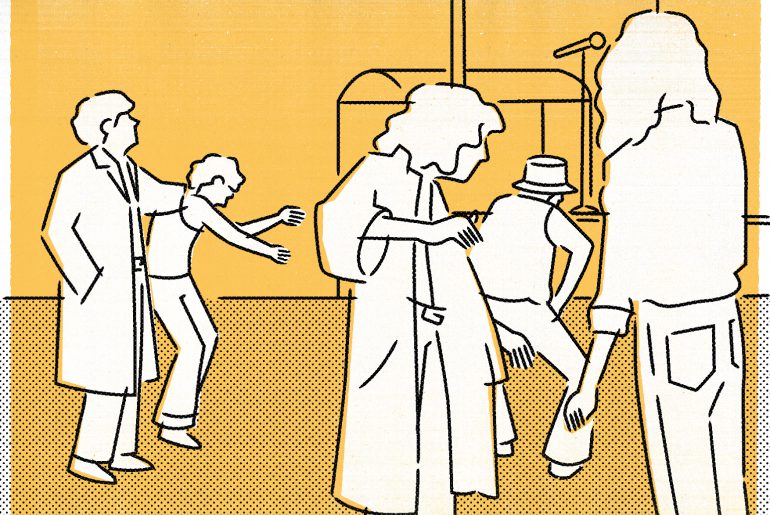