Feature image by Eliss. Social Circuit performs in a venue in Japan on their recent tour to the land of the rising sun.

WE’VE noticed a surge in “Pop-Punk” acts appearing in the Malaysian gig circuit lately and what an exciting time it is to be alive.

While Malaysian indie music takes centrestage again, a tide of bands dedicated to hook-laden Pop- Punk has been making rounds on social media and show listings. And while we figure out whether this is an emerging trend, or simply a coincidence, the arrival of these acts couldn’t have come at a more opportune time.

With that in mind, we’ve come up with a list of notable bands who are rising to #DefendPopPunk, most of which have released materials recently.

This goes not without saying, though, that this list is not by all means a definitive guide to all things Pop-Punk in Malaysia. It may merely include those who have appeared on our radar lately.

We would also like to point out that for decades, fans and aficionados alike have grappled to define or limit the scope of the genre. But who’s to blame? With a history spanning 40 years, its hard enough to connect the dots between generations influenced by the Buzzcocks, Undertones, and the Ramones of the ’70s, to present day Neck Deep and The Story So Far.

But as Rolling Stones noted, Punk’s most “lovable” and “lovelorn” offshoot is filled with contradictions. This is likely owing to its ever-evolving sound, style, and aesthetics, though the appeal towards the teens (or those with the Peter Pan syndrome) remained constant.

In Malaysia, the genre’s history is rather opaque, but saw an introduction of sorts some 20 years ago.

Just as Grunge and Indie trailblazers Butterfingers and OAG took off in the ’90s, pioneering groups like Subculture, the Pilgrims, Carburetor Dung, and FSF (Free Spike Free) were among a slew of bands that presented an unadulterated form of Punk music to the country’s burgeoning underground scene.

And while the pioneers paved the way for current day acts to flourish, some of those on this list may see little or no connection with their local predecessors.

At the turn of the millennium, the likes of One Buck Short and Y2K took on a more commercialised approach, while dozens, if not hundreds, of other Pop-Punk or “Skate-Punk” bands — fuelled by influences from the Fat Wreck Chords and Drive Thru Records catalogues — remained largely off the “mainstream” grid, and much devoted to their respective DIY scenes. You may look up bands that have been released by labels like Nervhous Records to get the idea.

Broadly speaking, the sounds of western chart toppers Offspring, Green Day, Blink 182, and SUM 41, and heck, even Simple Plan and Good Charlotte, have been blaring on Malaysian radio and television stations for yonks, and yet despite its resounding catchiness, Malaysian Pop-Punk was solely represented by Bunkface at the mainstream arena.

Save for a few torch-bearers, interest among bands coming up with their own brew of Pop-Punk in Malaysia also fizzled out just as the usage of Myspace diminished. Either that, or the bands simply remained tucked away in smaller, more obscure pockets of the music scene, until recently.

Having said that, here’s the list in no particular order!

Hailing from the port city of Klang and neighbouring Subang, HACKTICK! is a five piece band whose 6-track EP “Dog Days Diaries: A Self-Help Book” (Oct 2018) has received rave reviews. The EP is a showcase of this band’s dynamism; “Another Loser Anthem” tackles a personal identity crisis, while one of their Malay tracks, “Berhenti Melayu”, calls out racial superiority in a country struggling with ethnic divisions. Since 2016, the band, which consists of Ash (Bass & Vocals), Hyke (Vocals & Guitar), Mo (Synth), Mun (Guitar), Zul (Drums) has been churning out tunes reminiscent of Four Year Strong and Wonder Years.

Since early 2017, Trophy Knives, whose four members are scattered throughout Kuala Lumpur, have explored a darker and edgier facet of Pop-Punk and have been slicing their way through shows as far as Hong Kong and Vietnam. At the time of this writing, the band is gearing up for their Australian tour in support of Melbourne Punks, Blind Man Death Stare. Their self-titled debut four-track EP includes a track featuring Chris #2 of Pittsburgh, Pennsylvania Punk Rock quartet Anti-Flag (!). Since the EP the band has released a slew of several music videos and singles, followed by a second 5-track EP “Turmoil”, which included the track “Heartstrings”.

If you are a fan of Title Fight and The Story So Far, you would simply love Social Circuit. Fronted by Dean Sani (also of Kids on The Move fame), Social Circuit have released a self-titled demo in 2016, followed by four songs in their “Borrowed Time” EP Though still considered in their infancy, the band has played shows in Japan and South Korea and have opened for trending US bands like Turnstile and Turnover during their tours in this region. Expect more to come from Social Circuit soon.

Four badasses from Temerloh, in the east coast state of Pahang, woke up one morning and decided to form a band. And what do you get? The reckless abandon that is Soul Savior! Their 8-track debut album “Punk My Ride” delivers uncompromising Skate-Punk ala Lagwagon and No Use For a Name at blistering speeds. Although the album was released quite a while back in 2010, the band released a music video of “Maestro” in early 2017, and have appeared in numerous compilations since.

Named after the protagonist of the Transformers movie series, Wickweaky is a four-piece unit from Taiping, a quintessentially quaint town in the ‘Silver’ state of Perak. They’ve been around for a little less than five years but recently released their second four-track EP “Burn the Forest Down” in February this year. The first track entitled “Goes Like This” features Dean of Social Circuit, while the remaining three song sees the band paying homage to the likes of Angels and Airwaves and The Starting Line.

Damansara-based Pasca Sini combines clear Pop-Punk vocals with hardcore riffage to add a little edge to their craft. Starting out in 2015, the band has released their first EP “Hardly Do I Find Myself Speechless, But You Have Rendered Me So”, followed by another 4-track release entitled “(Everything) Looks Cooler in Japanese” earlier this year. If you’re thinking New Found Glory and the sounds of Neck Deep then you’ve definitely come to the right place.

Definitely one of the more technically proficient among the lot, T.I.M (fronted by Akmal Tim) has mostly cast aside American influences in favour of a more Japanese take on Pop-Punk, or more aptly known as J-Punk for its unique sonic innovations. Though touting itself as a “Melodic Punk” or “Melodic Hardcore” group, T.I.M’s repertoire includes a host of jazz licks and even speed metal-esque solos. Late last year, the band released its self-titled EP and have been touring with non-Pop Punk bands such as Iqbal M and Strikeout around the country. If you are looking for the sounds of Hi-Standard and Brahmen, look no further.

Not much has gone on record about this band but here’s what we know so far: it’s fronted by Tobek of the now-defunct Shah Alam melodic punk squad Always Last and backed up by fellow alma matter Bulat and brethren from Toxictoy Namo. In February, the band released their first single and music video called “Play Again” which sees them sticking true to form in their Skater-Punk element. For the uninitiated, Tobs & Kroni might draw biggest influences from the likes of MxPx, No Use For a Name, and Masked Intruder.

Unlike many others on this list, Half-Asleep is definitely one of those bands that has withstood the test of time. Hailing from different parts of the country, Kuala Lumpur, Sungai Petani and Seremban, Half-Asleep has managed to capture the distinct Pop-Punk vibe that many fans grew to love. They’ve released a 12-track album entitled “Bangun” late last year and have toured extensively in the country as well as Taiwan. If you like Rufio and Useless I.D. then this is the band for you.

Founded in August 2013, Subang-based The Mash has grown their own cult following in Pop-Punk circles in and around the Klang Valley. Currently a three-piece outfit due to several line-up changes over the years, the band released its single “Mata Dunia” mid last year before going on a short hiatus. However, recent announcements indicated that The Mash will be up and running again soon as can be seen in gig flyers posted on their social media accounts.

With one of the most flamboyant and charismatic front-men Darren Teh at the helm, An Honest Mistake have churned out 3 albums and won numerous accolades, touring as far as Thailand, Singapore and Indonesia. The band has also opened for renowned international acts like Boys Like Girls, Motion City Soundtrack, and Against The Current, among others. Being an accomplished band in its own right, it’s unclear what the future holds for An Honest Mistake, but no signs indicate that it’s going to stop doing what it’s does best anytime soon.

Scarlet Heroes, which consists of Daryl Baptist on vocals, Jahanvir Chall on Guitar, Bizee Ibrahim on Drums, and Pjay Hamzah on Bass, are among a myriad of bands who are popularising the term “Easy Core”, which is pretty much modern parlance for Pop-Punk laced with Hardcore riffage and screams. In late 2017, the band released an album called “Somewhere Under the Atmosphere” with a generous 15 tracks, followed by a music video of their song “Georgetown Comedown” in mid-2018.

Sometimes you just find Pop-Punk in places you’d least expect. One of these places include Tanah Merah, Kelantan, where 4-man outfit 199X is based. As the name suggests, 199X is chock full of Melodic Punk vibes that became a global pandemic in the ’90s. When listening to 199X, its hard not to recollect the sounds of The Gray Race-era Bad Religion, Pennywise, and Millencolin.

Starting out in late 2017, 4-member Panasejook (which loosely translates as hot & cold) has been actively playing in small-to-medium sized venues with their peers in this list. In February, the band released a music video of their track “Takkan Mengalah”, which serves as a teaser of what you could expect from them at shows this year.

Conceived in the historic city of Melaka, No Distance have been laying down Melodic Skate-Punk tracks since 2012. The band, which consists Popeye on Bass and vocals, Rizal (Drums), Adek (Guitar) and Emy (Guitar), released an EP “Some Unexpected Journey” mid last year and are reportedly working on new material this year. For the ones who like Nofx and Lagwagon, No Distance is definitely a band to look out for. 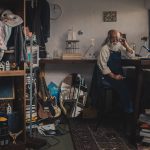