Danilla had a prolific 2021. She released a disco record, featured on female empowerment banger “Don’t Touch Me” (with Marion Jola and Ramengvrl), and guested on folk legend Iwan Fals’ album Pun Aku. Now, with her new single “MPV” (“Most Paluable Vlayer”), she’s returned to familiar territory, creating gripping chanson with a flair for atmosphere.

“MPV” expresses creeping vexation disguised as easy listening. Danilla takes us through soft piano and guitar arpeggios, guided by incisive snark (“Bilang saja sukar / Tinggalkan yang lama”). She stated in an interview that the song refers to listeners who yearn for her “old sound”.

The beauty of Danilla’s lyricism is that it works even without context, and those lines also work as a vague comment on unrequited love. It’s multi-faceted and filled with personality, wrapped up in pretty pop gossamer. She tops it off with a hilarious music video that shows her going through life’s little routines while jamming with her costumed bandmates.

Danilla’s upcoming album Popseblay doesn’t haven’t a release date or a tracklist yet. But “MPV” has me excited for more soulful pop with tiny doses of irony and personal vulnerability. 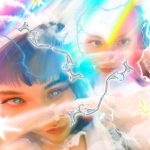