Last Boy Picked is “post-rock” in the truest, best sense. It pushes rock music to an extreme of abstraction and atomisation, distilling the experience into two things: dynamics and rhythm. It’s far beyond the ossified imaginations of the dotted-delay crowd, occupying the same rarefied space as My Disco’s monumental Severe and Glenn Branca’s early recordings.

Barring the wonderfully Reichian piano interlude “Orchid”, Last Boy Picked is thrillingly devoid of the usual melodic handholds. It’s all about the all-encompassing atmosphere generated by Kuntari’s prepared cornet, the relentless drumming, and the clanging, percussive baritone guitar. The latter barely gets to play a note, let alone a whole riff; instead, it clangs and growls like some mutant hybrid of KoRn-approved slap bass and avant-garde extended playing techniques.

Last Boy Picked surges and retreats, crashes down and draws back, with the power of an elemental, chthonic force (or something out of a monster movie). And just like these forces, there’s no message, no theme, no context, no rationalisation. It just is. To quote William Burroughs, there’s nothing here now but the recordings. And what recordings they are. 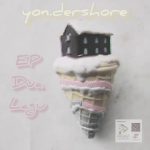