Malaysian math-punk band, Kwala Bĕrlumpor, is a relatively new band with some veteran players. Made up of Zulhezan (formerly Dirgahayu, Akta Angkasa) and Ian Han (formerly Nao, Tools of The Trade, Dirgahayu), the currently 2 piece act recently dropped their first track titled “Cross St / Market Sq”, hinting on a full release in the next coming months. One would expect a lot from experienced musicians, and Kwala Bĕrlumpor did not disappoint. The single – which the artist states that it was roughly mixed and mastered – has a good combination of technical kira-kira (counting) and playing, punk angst, and an arrangement that makes one forget that the track is only 1:40 long. 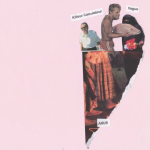