Through the early years of Humpback Oak in the 90s to the experimental art rock band The Observatory, Leslie Low has developed his own style of storytelling – through his guitar work, arrangement, and lyrics.

You’d probably think that 14 tracks is a bit too much for a folk album, but not with “Blood Red Pale White”.

It’s melancholic, but the kind that is bearable. The kind that hangs out with you for a bit on a quiet Sunday afternoon by the HDB. Reflective but not regretful. 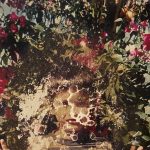 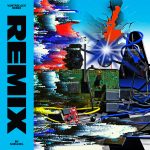