In commemoration of the 56th Merdeka, alternative rock band monoloQue joined forces with legendary songstress and local queen of pop Datuk Siti Nurhaliza to create a stunning collaboration and anthem manifesting pride and the ideology of nationalism.

What is the meaning of independence?

Inspired by Datuk Usman Awang a.k.a Tongkat Warrant’s “Tanahairku”, monoloQue’s “Tanah Airku Tanah Airmu Jua” celebrates the freedom of our motherland, conveying its notion of nationalism albeit the entailment of the conventional patriotic approach. “Tanah Airku Tanah Airmu Jua” illustrates beautifully crafted lyrics along with a video which delivers a simple yet creative way of expressing national pride. It also features appearances by familiar faces in the local industry like Noh Salleh, Zahiril Adzim, Hany Madu, and poet/activist Pyan Habib.

In recognition and celebration of Malaysia’s three dominant cultures, the Malay lyric-based song also parades Indian and Chinese instruments like the sitar and erhu which can be heard in the beginning of the song. With a huge chalkboard as a canvas for idealistic expressions, the people expressed and wrote their notion of what independence means with sayings like “Merdeka is freedom for the whole of Malaysia” and “Peace and Harmony for Malaysia during these 56 years of independence.”

Solely inspiring, this contemporary conception of national pride by monoloQue stretches out to the masses along with Datuk Siti Nurhaliza’s signature voice that compliments and perfectly balances monoloQue’s knack behind their simple yet beautifully crafted rhythms and melodies.

Like any country, Malaysia has faced its share of topsy-turviness over the decades but celebrating your homeland’s independence will by some means always trace you back to the ardor and desire you have for it. And inside all of us is a constituent of Nationalism, whether you make use of it or not.

YBeee’s statement on Lamb Of God 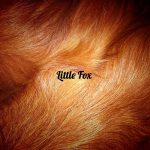 Little Fox – Leaving It All