Ferns have been around for a while. The band’s debut, “On Botany”, released in 2007 to critical acclaim by both local and international music publications (Rolling Stone’s named them the best 25 bands on Myspace in 2006).

It’s safe to say that the band still has the chops to write beautiful jangly indie pop tunes. “Navalgazing” will be released on the 29th of August 2020 on CD format as part of Record Store Day Drops 2020 at selected participating stores in Malaysia. 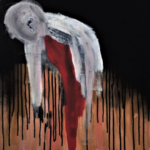