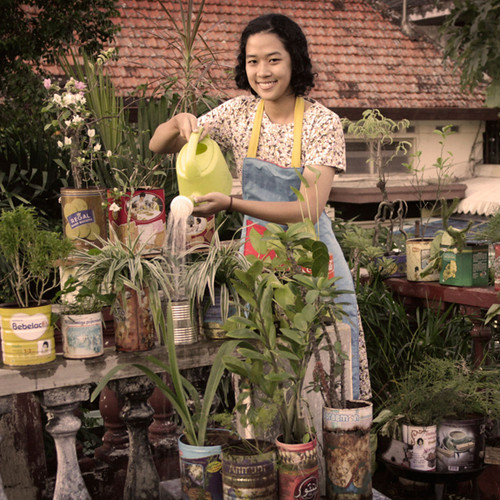 Originating from Yogyakarta, Indonesia (which some has labeled ‘Berlin of Indonesia’), Frau is the brainchild of singer songwriter and piano extraordinaire, Leilani Hermiashi. The songstress’ music centers on herself and her piano, and is clearly signified by her knack behind the instrument. Her songs are theatrical, at times complex, yet whimsical at the same time. For references sake, theres that sort of ‘Disney’ temperament, along with traces of Fiona Apple and St Vincent.

After taking a break from performing and recording, Frau is now back with her new record, ‘Happy Coda’, released a couple of months back. Just like the other songs on this album, ‘Something More’ will pull you towards her amazing skills as a pianist and the majestic quality in her voice. ‘Tarian Sari’ has that Indonesian-Nusantara melody strongly embedded in the track, which is quite apparent throughout all the other Indonesian songs in the record. The album compromises of songs sung both in Indonesian and English and perfectly exemplifies that less, is more.

For more on Frau, you can follow her Soundcloud page here.

Rahul’s Quick Guide To Organizing A Show in KL