We first featured iamrain in our session around 2012, and they’ve been rather inactive since then with band members handling duties in other music projects and bands.

It was good to hear that the band recently announced their comeback with a new single, “49”, taken from their upcoming release “Citra”. The single highlights the bands lyrical strengths and their keen ear for catchy riffs and melodies. Looking forward to the full release. 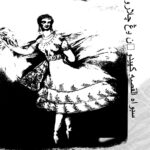