Some of you may know the name, Ozona Sonora as a song by late 90s midwest emo band The Gloria Record, we found out about a band with a similar name, from the Penang leg of the recent I Am David Sparkle tour of Malaysia.

After checking out the Jitra, Kedah based quartet, we were delighted to hear such spontaneity and promise in their sound. Although only having two tracks on record, ‘Morning Dew’ and ‘Delusion’, one can tell, from the drone-ish repetition of delicate and engaging sounds in Morning Dew that Ozona Sonora is the type of band that could go on jamming and creating with one another, effortlessly. We’re pretty sure that’s how the band feels also considering the guys Alan, Ben, Kecik and Joe formed Ozona Sonora in September 2008 soon after the unrehearsed live recordings of those tracks, putting a band name on that awesome chemistry they’ve got together. 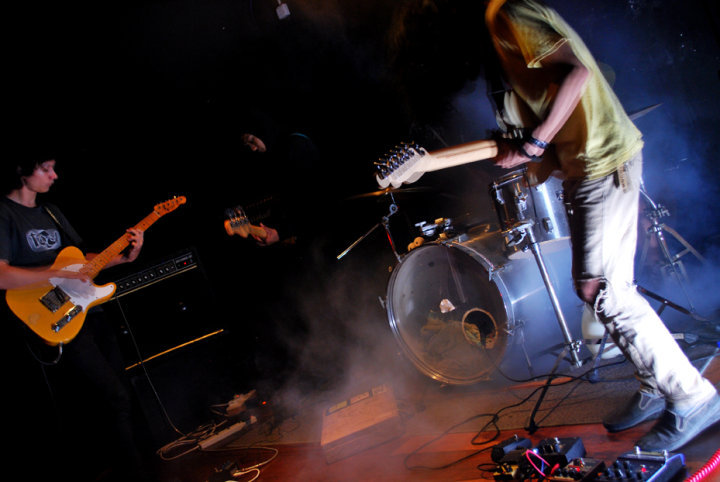 And here’s a taste of  their spontaneity, titled Morning Dew.

Visit their website by clicking here. Ozona Sonora are now currently writing songs, two of the members, Alan and Ben are furthering their studies in music and audio engineering respectively, here in KL, while Kecik and Joe work in Kedah. We’re definitely looking forward to hearing more of these guys.