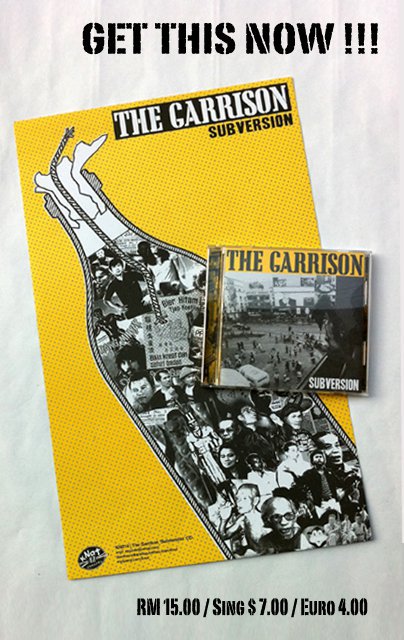 The local DIY punk rock scene very rarely produces something that can truly cross over and reach a lot of people, mainly through a combination of muddy recording quality and material from genres that are not exactly easily accessible to the average joe. But this new album from relative newcomers The Garrison is a true revelation, a world class punk rock record if we’ve ever heard one, even if what we’ve heard so far are only the snippets they’ve put up on Youtube, which you can check out below. At times reminding us of the anthemic genius of The Exploding Hearts, The Garrison mostly evoke memories of The Clash in their prime, and Clash-influenced bands like The Heartdrops. Well written, well played, well produced and well thought out, this is surely one of the standout Malaysian albums of the year. Listen to snippets from the album below, and go say hi to them on Facebook.

Teaser: They Will Kill Us All – Under The Red Sky

New Music: They Will Kill Us All – Under The Red Sky