One of Kuala Lumpur’s veteran singer songwriter, releases his first single Stracciatella, in conjunction with his debut album release, Realize. Co-produced by Melina William, whom also plays for his backing band, Realize features 14 tracks, a mix bag of new and old songs, with 2 additional bonus tracks. Reza has also been kind enough to give away the single for free, which can be downloaded on his official site, here.

Have a listen to his first single Stracciatella below.

The album launch, happening this 26th of November at The Apartment KLCC, kicks off at 9pm and will feature guest performances by of Mia Palencia, Zalila Lee, Najwa, Liyana Fizi, David Knight, Narmi, Asmidar and Isaac Entry. 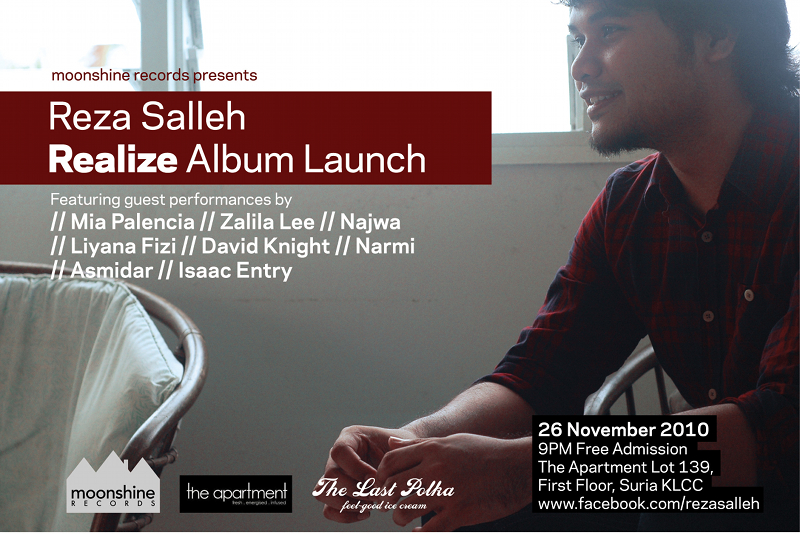 More info on the launch here.

Wknd Watch: The Kids Are All Right & Please Give