Penguin Villa in Uncle Boonmee Who Can Recall His Past Lives

Like most observers of the international arthouse film scene, the arthouse film to see from last year for us was undoubtedly the Cannes 2010 Palme D’Or winner “Uncle Boonmee Who Can Recall His Past Lives”, which is Thai director Apichatpong Weerasethakul’s 5th film (or 6th, if you count his little-mentioned foray into Thai studio filmmaking with “The Adventures Of Iron Pussy”). 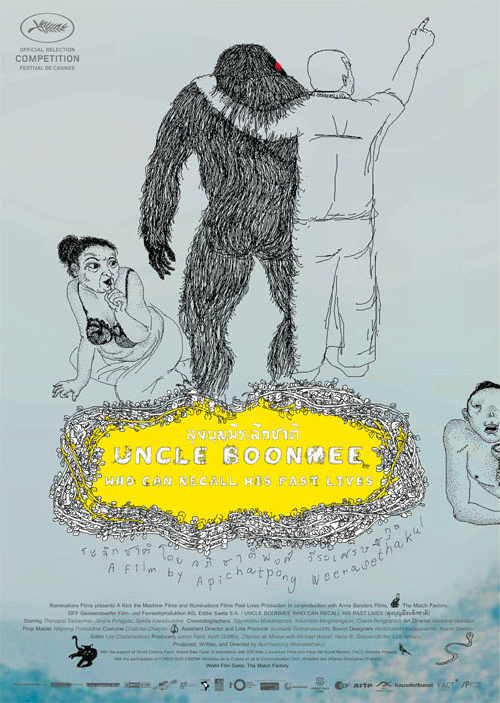 We won’t write too much about the film itself, since there’s already lots being written about it, except for maybe adding that while we do find it to be a lovely and delicately baffling little film, we still humbly think that his previous film “Syndromes And A Century” is the one to beat.

One of the film’s highlights though, was undoubtedly the song playing at the end of the film, which added a wonderfully bittersweet texture to the feel of the film, and which made such an impression to us (when added to the impact of the film) that we went scrambling to find out what the song was on the internet. The song was Acrophobia, by Thai indie band Penguin Villa, one of the many bands under Thailand’s leading indie label, Smallroom Records. Check out the video for the song below.

Uncle Boonmee has also recently come out on DVD and Bluray in the UK, so check out the trailer as well below and see if you can hunt it down from you-know-where…