On a cold rainy night we decided to revisit this record by Swedish mid 90s emo / screamo band, Suis La Lune‘s Heir 10″ ep. This record has been left untouched for some months by the writer as we have been rotating a slew of very power indie music for a good part of this year, but we decided to put on something that would go well with the weather and thought of this excellent Euro-screamo quartet. From the sparse intro of the opening track, With Wings of Feathers and Glue, they’ve quite rightly picked up from where they left off from their last record, Quiet, Pull The Strings!. Known for their harsh + melodic style of screamo, the two elements weave nicely between the desperate wails with intense precision, almost too sweetly that it blurs the mixture in their complex arrangements, yet manages to retain the aggressiveness that the band is known for. What’s better about Heir is the fact that it has that happy, uplifting vibe; shifting ever so slightly from the darker jams on their previous releases. It’s almost like they had a Big Gulp of sunshine and love when making this record. Still very emotional, uncompromising, makes you want to tear up a little but at the same time, smile. 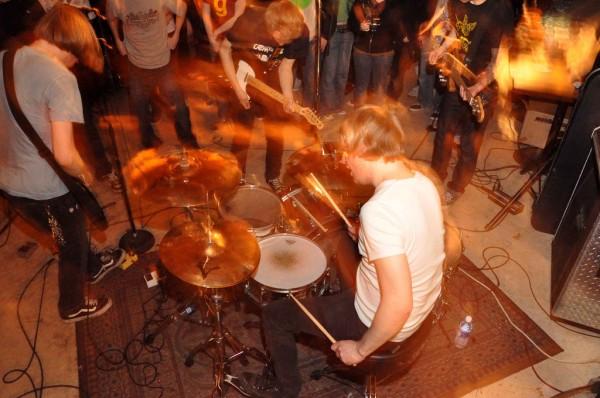 Here’s hoping they tour this way sometime soon. Buy the reissue of the Heir 10″ at Black Star Foundation and check out more stuff by Suis La Lune at Fasaden.