90s American indie rock giants Superchunk have been awfully quiet for the longest time since their last album Here’s To Shutting Up which came out in 2001, presumably too busy running their now very successful label Merge Records (home of Arcade Fire, Spoon, She & Him and many more). Last year saw them come out of nowhere to release the Leaves In The Gutter EP, and this year saw the release of their new album, the excellent and very approppriately titled Majesty Shredding. Proving to everyone that there’s life yet in that classic 90s Amerindie sound, we just can’t seem to stop playing the album here at The Wknd. 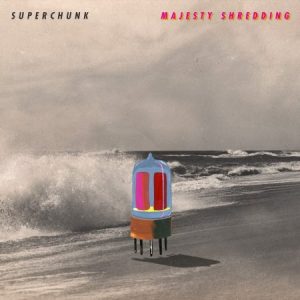 You can stream the album in its entirety from the Merge Records website. Here’s a video of them performing the 1st song from the album, Digging For Something, live on Late Night With Jimmy Fallon: