The Pains Of Being Pure At Heart

We’ve been waiting ages for the new album by The Pains Of Being Pure At Heart to be officially available on CD here in Malaysia, and thanks to the cool folks at Love Da Records (who’ve released tonnes of cool stuff, including the Carl Barat solo album, The Go! Team, Broken Social Scene and more) we finally got a hold their new CD, Belong, which naturally is on endless repeat on our CD player now. 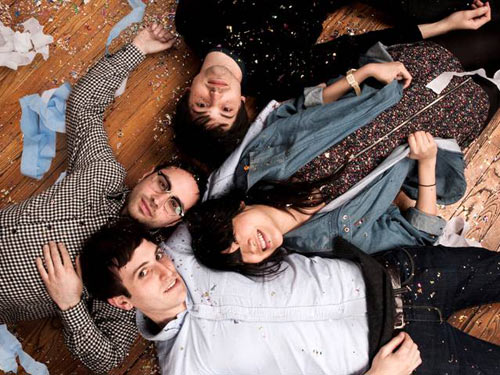 Produced by Flood and mixed by Alan Moulder, this new album is shiny and slick compared to the scruffy charms of their fuzzy debut. In fact, they kind of sound ‘alternative’ at times here (although mostly it’s that late 80s and early 90s major label shoegaze sound that they’ve totally nailed here), but there’s still no beating their wonderfully addictive songwriting, that’s for sure (although there’s nothing here as soaring as “Young Adult Friction”). The video below is for the song “Heart In Your Heartbreak”, one of our faves from the album. Enjoy!