Suiko Takahara of the one-woman-band The Venopian Solitude is an annoying 23-year old who vomits music due to bouts of stress – induced by a late-blooming rebellious streak, hormonal turmoil and endless procrastination.

She started doodling songs at 17 using lo-fi gear. In 2010, she moved camp to Japan for her educational expansion, resulting in much stress over that period of time. This led to the documentation of her repeatable ridiculousness on video, broadcasted to the world on the wonder that is YouTube.

In April 2013, we selected her as the first-ever recipient of The Wknd Recording Fund – from a field of 25 other well talented applicants. Recording and post-production happened throughout May; this release also marks the completion of the first round of funding.

And so we now have in our hands Warkah Narcissus – a two-song release that captures the essence of what The Venopian Solitude is all about. The tracks are quirky, catchy and with a tinge of melodrama interwoven in between for good measure. With guest musicians Azam Hisham (Citizens of Ice Cream) on drums, and Gemma Brett from Kathmandu’s reggae band Joint Family Internationale on trumpet duty, this is a record that’s going to make you sit up and say “Whuh?”

Here’s what it sounds like. Show your support and buy this record! 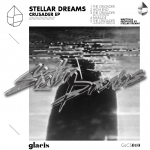