Many have tried to infuse traditional music into modern sounds but rarely is it done in a manner where both worlds complement each other. Oftentimes, it feels a little forced and doesn’t sit quite right.

In Southeast Asian traditional music generally, songs are constructed from a different perspective to the western approach of making music – different time signatures, scales, and that natural mystical and gothic overtone (eg. mostly in gamelan based music), which makes it quite a task to get right.

Somehow, maybe through years of heavily funded surface-dwelling cultural and tourism campaigns, when one speaks about traditional Malaysian music, intricate and delicate sounds almost immediately come to mind as you start thinking in bangsawan.

With their latest single, ‘Kito Yak Dulu Lagi’, No Good breaks that construct. The serunai that wails at the start of the track gives off some strong Muay Thai pre-bout vibes, building up anticipation for the heavily distorted guitar and bass riffs.

‘Kito Yak Dulu Lagi’ goes into a frenzy towards the end with Krew DK Sek Kito’s ‘dikir’ and other instruments – canang, gong, buah kreceh – a form of traditional maracas, and small rebanas, creating a crescendo of distorted sounds. 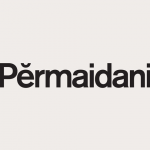 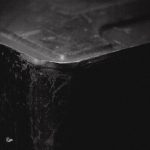