Kota Kinabalu death metal trio Reputdeath have returned after two years of silence with Dissecting Gloryfication, an ugly and atonal death metal demo in the vein of obvious inspirations Autopsy.

Dissecting Goryfication comes out on tape before the end of this month on local label Necrolatry Records. A number of international cassette and CD versions are also coming out starting April.

Selector After Dark: DJ Joy to the World 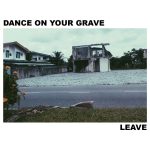