Astral Angels are nothing if not productive. In a little over a year, the 13-strong collective—with roots in Kuala Lumpur, Negeri Sembilan, and Sarawak with branches as far off as the UK—has released a slew of singles, EPs, mixtapes, and now two full-length albums.

If last year’s ASTRAL ANGELS DROP 3.0 was the brash and grating older brother with a fondness for excess, AA ACADEMY is the introspective, terminally online younger sibling tweaking and perfecting the art of being down bad. The restless glitch and twitch energy of the former is gone, replaced by a more self-contained, understated sound.

Sure, some songs come off like an e-boy and e-girl rom-com, minus the happy ending: “Baby if you like me, just do it like Nike / Oh yeah, you treat me like trash because that’s all I really am”, goes the opening track and lead single “ETERNAL“. A song later, “Go!” doubles down on braggadocious, score-settling emo-rap: “When I hear your music I gotta put that shit on pause / I be smashing on your bitch you thought we playing Smash Bros”.

Astral Angels slow things down at AA ACADEMY‘s mid-point with a couple of twinkling indie rock-inflected tracks. Here, they are the anguished main characters in the feature film that is their lives, conveying lovers’ conflicts in neon proportions: “Pretending like my heart has turned to stone / Kissing other girls I don’t really care about”, they sing on “Ghost/Intermission )”.

The fuzzed-out “Lost&Found” (“Yeah I’m just a Lost&Found, just let me rot around but never work it out / You cut my heart wide you tossed it to the side“) treads similar territory, focused as it is on the theme of “being disposable and replaceable to people”. Another noteworthy track is album closer “K-HELL CITY”, featuring Rawmind. It’s a mosh pit-ready anthem, with hardcore punk rips that echo the closing track on the group’s debut.

Astral Angels’ world is one of comedy and tragedy, a sendu anti-coming-of-age narrative. But this narrative comes with breakneck beats, confoundingly distorted vocals, and knowingly vapid yet sincere lyrics: “Your girl called me a catboy / Now she licking on my paws / It ain’t Christmas but your girl still callin’ me Santa Claus.”

If mainstream pop is outward-looking and designed for mass appeal, Astral Angels make you feel like you’re part of a massive in-joke. Much of the collective’s extramusical content functions this way, pulling you into their orbit via Discord chats and Twitch parties to self-referential Instagram meme posts. There’s a lot to take in, but that’s probably precisely the point. Have your exercise books ready, kids, and have a good first day at AA ACADEMY. 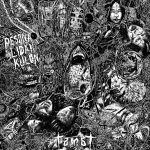 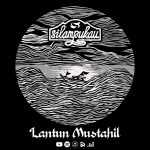