Early December in Jakarta saw to a busy weekend of music gigs. One of them was RRREC Fest curated by ruangrupa, a non-profit artists’ initiative known for organizing various offbeat art and music showcases. Going strong on its third year, RRREC Fest, which stands for ruangrupa Record Festival, always put together a solid line-up of upcoming and established bands. This year, the festival works with different music community and musicians in curating the showcases. Highlights from the festival were the talk with OM PMR, Nada Fiksi, Sangkakala, and Zoo. Here’s a recap on the 3-day festivities:

Day 1 kicked off with a collaboration with Studiorama, an art collective specialized in organizing audio visual performance. Set in one of the oldest bakeries in Jakarta, Tan Ek Tjoan, the event was held on the second floor with bands like Strange Fruit, Clatter, Crayola Eyes, and Napolleon and visual installation from Yaya Sung. DJs like Gerhan, Moustapha Spliff, Ojon, and Tizanio spinning groovy psychedelic tunes on the rooftop accompanied by smell of freshly baked bread wafts through the air.

Day 2 was a full-day schedule starting with RRR Acoustic Stage curated by Cholil Mahmud of Efek Rumah Kaca at Kedai Tjikini in the afternoon. There was a discussion with a legendary Indonesian comedy dangdut band, OM PMR (Orkes Moral Pengantar Minum Racun), followed by performances from Nada Fiksi, Theory of Discoustic, Rabu, and Bin Idris from Sigmun. After that, audience left quickly to catch the next gig at Jaya Pub. Organized by The Secret Agents, this Superbad Showcase presented Sigmun, Seek Six Sick from Yogyakarta, along with two bands from Anoa Records, Barefood and Seaside.

Day 3 event was at an outdoor space in Teater Jakarta with a special screening of Pandai Besi documentary “Siar, Daur Baur”. Constant rain did not dampen the spirit of the concert goers whom were treated to two stages curated by Yes No Klub and Superbad. Rabu from Yogyakarta opened the show appropriately with their atmospheric, melancholic melodies. Followed by Belajar Membunuh, Morfem, Arrington de Dyoniso, The Kuda, and Jirapah, the show was an interesting mix of genre. Closing off the night were two bands from Yes No Wave label, Sangkakala and Zoo. Sangkakala, with their colorful outfits, never ceased to amuse the audience with their banters and stage act while Zoo was hypnotizing with the singer’s chant-like vocal and the band’s experimental musical prowess.

Upfront with The Cribs (Interview) 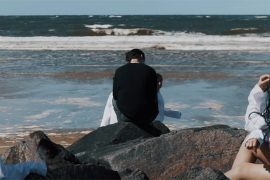 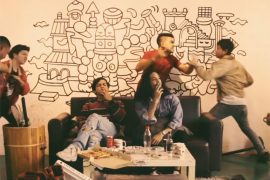 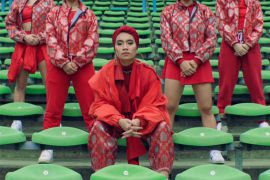 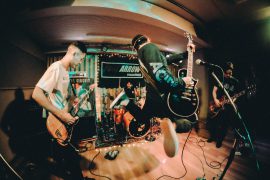 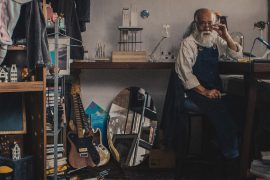 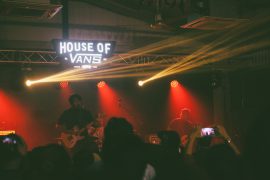 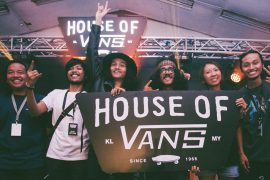 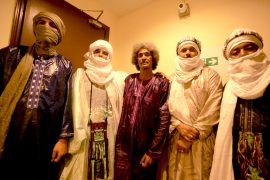 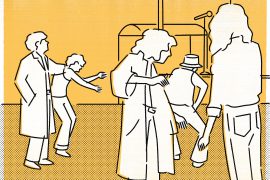