“If you have the right philosophy and if people can connect to it and understand it, they seem to be really loyal,” said Danny Rogers, one of the 2 founders of St. Jerome’s Laneway Festival.

Southeast Asians saw a new beginning in it’s regional music festival culture in 2011. We Southeast Asian kids no longer needed to fly all the way south to Australia – or wherever else anymore – to be able to enjoy a full on, curated by real enthusiasts type festival. For Australia had come to us. 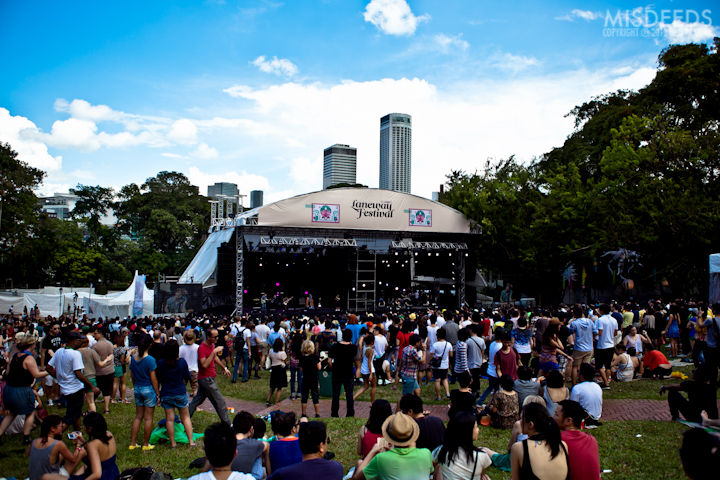 The Laneway Festival in 2011 arrived to absolute elation amongst our region’s indie music fans; and the second Singapore Laneway this year, already growing in loyal goers and uniting indie music lovers from Southeast Asia, solidified its position as the most anticipated indie music gathering in Southeast Asia.

In the press conference Chaz of Toro Y Moi observed, “Everyone’s not out of the loop, everywhere in the world there’s always patches of relevance and similar culture”. This seemed like something event organizers in the region had overlooked. As compared to the Laneway Festival, festivals in S.E.A. are never really genre specific, but almost always a “buffet spread”, curated to appeal to a wide range of tastes. For example, Malaysia’s Sunburst Festival, Indonesia’s Java Rocking Land or Thailand’s Fat Festival. Also existing are the festivals at the other end of the spectrum, consisting bands strictly of a particular nationality, like Malaysia’s Rock The World.  Both approaches are presumably low-risk, or cost efficient for an inferior currency such as the Ringgit, Rupiah or Baht. 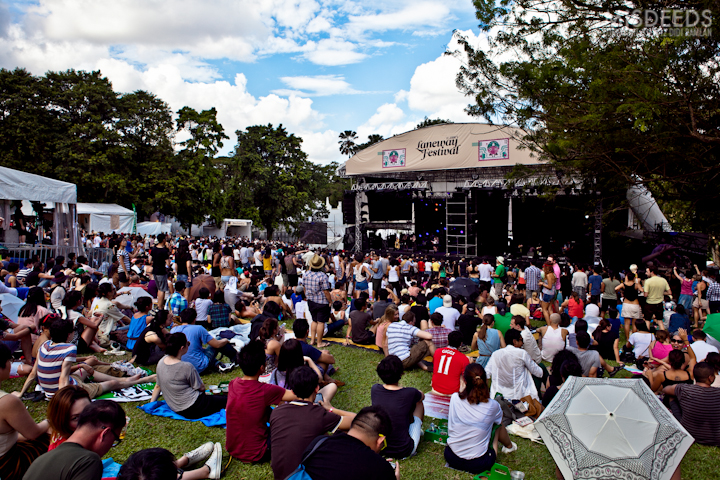 Therefore, Singapore is definitely our hope for candidacy to host the kind of festival that, up until last year, have only been dreamt by S.E.An indie music lovers. Economically fit and sociologically accommodating of urban cultures, and geographically do-able too, Laneway Singapore saw traveling festival goers from as far as the lone islands of the Philippines and Indonesia. Malaysians and Thais too, made the road trip across the Causeway or flew into Changi airport.

And boy, was it a great day on Lion Island that Sunday. Big smiles were seen all around, reaching even the faces of tough guy securities of authoritative Singapore, who were easy on the authority and friendly when controlling the crowds, really. Surely everyone was enjoying the bright clear day that blessed the open fields and the music lovers out in Fort Canning that day. The easy hum of the open air filled the atmosphere whenever there was silence. The good weather was most definitely a highlight of the event,  especially when compared to the weather at last year’s wet and sloshy “Rainway”. 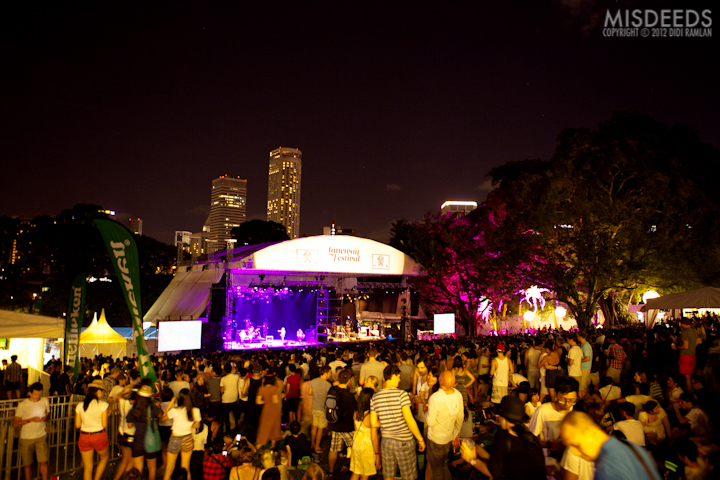 And when there wasn’t silence, there was music by the stellar lineup of the day. Feist, M83, Yuck, Girls, Cults, The Pains Of Being Pure At Heart; acts that all made at least a whole bunch of people happy. Bands that were all either long time favourites, or newly discovered favourites. All very current, regardless.

Stuff that we thought that were highlights of the day: Yuck playing “Suck” at the end of their set and their various improvs throughout. Girls singer Christopher Owens paying tribute to Whitney Houston who passed away the day before, covering her hit “I Will Always Love You” as the band came up onto a stage filled with flowers. Showing much respect and love to the legendary vocalist from the pop days that once was, and later on rocking out and throwing flowers to the crowd. Then there was the raw guitar sounds Anna Calvi was shredding from the very beginning of her set. Watching Feist (who played beautifully) and Toro Y Moi play live was simply fantastic too. Arguments between punters on whether The Horrors were amazing or bad was interesting too, perhaps that is their strength, stimulating indie rock analysis amongst audiences (or some would argue, their “wall of sound” is). And finally there was M83’s ending of the festival in their roaring, dramatic fashion.

Closely affiliated to Pitchfork, these guys have got their ears close to the ground when it comes to the most current and worthy bands. Curating stellar lineups like they have been the past 8 years is a speciality for the Laneway Festival and is definitely a distinction of theirs. The Drums’ Jonathan Pierce mentioned in a statement, “Touring creates opportunity to bring less known bands along”. And that they, the selective curators of the Laneway lineup did, mixing big names in the indie scene with acts they firmly believe in. With the ability to gather more Southeast Asian indie music audiences together than any combination of independent S.E.A bands can, the Laneway lineups hold the capability of uniting the indie scene of S.E.A. together. The only thing we felt lacking in Laneway, similar to what we felt that was lacking last year, is the absence of the Southeast Asian flavour in the roster. Now that Laneway has reached S.E.A.n shores, some few bands from our region should really be in the mix as well, sharing the same stage as some of their references or simply their favourites. Playing to Singaporeans, Malaysians, Thais, Indonesians and Filipinos alike.