It’s a barn-burner of a track, weaving Rollfast’s slash-and-burn riffing into a melting pot of electronic music, campursari, dangdut, and even the odd hint of reggae. It’s another great example of Prontaxan’s Funkot mastery.

Rollfast’s Garatuba was one of the highlights of Indonesian music in 2020. It received rave reviews upon release and made it to a few year-end “best-of” lists in Indonesia and Southeast Asia. Check the album out on Bandcamp. 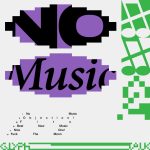