Since their last release in 2012, Tourist Car, electronic pop trio Tenderfist seems to have been keeping it on the down low – both in terms of releases and live performances. As of late however this KL based trio have released some demos on their Soundcloud page, mostly instrumentals, sketches, and reposting of side projects. One that caught my attention was ‘Hospital Blues (Part 1)’ specifically how the opening bass line immediately reminds me of how Tenderfist is a grade-A band at making dreamy – melancholic dance tunes. 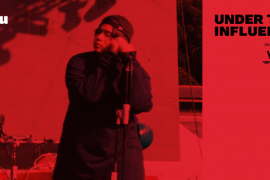