Malaysian indie-pop band The Fridays, released their sophomore record earlier this year, ‘No One Realizes This Is Nowhere’, with their leading single, ‘Constellation’.

‘Constellation’ starts off like a mid-album ballad that thankfully doesn’t skimp on guitar licks, which then grows into something to lose yourself into. The track has been rising steadily through some Malaysian radio charts and has even made it to the top spot on Rakita’s LOKALAH Chart show. 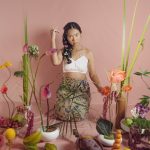