Bandung-based experimental psych/stoner rock duo GAUNG have released a music video for the track “Summa Injuria” off of their debut album Opus Contra Naturam.  The six-and-a-half minute video was directed by Nitya Putrini and follows the tale of a man slowly losing his mind in a seemingly-haunted house, complete with mysterious masked figures. A perfect match to the duo’s particularly psychedelic take on stoner rock.

Check out the new video over on Vice Indonesia. If you like what you hear and see, check out the full album over on the Orange Cliff Records Bandcamp, and follow GAUNG over on Facebook.

BOTANIC Announces Their First Release Of 2017 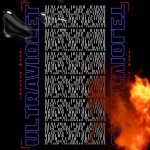