After more than 200 submissions, a week of voting and much heated discussion between the judges, the 12 finalists of this year’s Vans Most Wanted competition have been announced. The 12 finalists, divided by showcase, are:

Each of the shows will also feature a special appearance from three stalwart bands of the Malaysian alternative music scene: ska-punk legends Plague of Happiness will get the crowd skanking in JB, post-hardcore titans Killeur Calculateur will showcase their chops in KL and shoegaze act Love/Comes will make a welcome return to the stage in Kuching.

Keep your eye on The Wknd Sessions website as we’ll be running a series of posts taking a slightly more detailed look at all of the finalists ahead of their respective showcases! 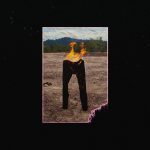