So Faris Fuad & Konfederates claimed the first of four grand final spots in Ipoh this previous weekend. Congratulations to them. But we’ve still got a ways to go before that grand final, and we still need to find out who else is going to be joining them on that grand final stage. The second Vans Musicians Wanted 2018 live showcase is happening this coming weekend (August 12) at ATAS by Bijan FX and, as is customary, we’re going to quickly run through the three hopefuls that will be performing this weekend.

Allester Shaun’s submission for the competition was a track titled “Blue”, and between the laid-back reverb-laden jangle and the found-footage ephemera aesthetic of the music video, you know that he’s very much down with what the (indie pop) kids are into today. It’ll be real interesting to see how his take on the catchy-yet-melancholic, reverb-heavy indie pop sound will translate to a live stage. Smoke machines, anyone?

Integers’ biggest selling point is right there in the band photo: that Bauhaus t-shirt is a big hint at the dark post-punk and goth influences that permeate their music. Joy Division t-shirts may be a dime a dozen here in Malaysia, but somehow there haven’t been that many bands attempting to mine a similarly gloomy vein. Enter Integers. Admittedly, they never go full-on goth-rock and leaven the darkness with a bit of light, but they do what they do well, novelty aside. They’ll be an interesting contrast to the styles of their competition.

Mad & Rissa manage to pull off a decent trick, sounding quite current while also harking back to good old late 90s and early 2000s indie/alt-rock mainstays from both Malaysia and Indonesia. Names like Hujan, Meet Uncle Hussain and Sheila on 7 immediately spring to mind. There’s a real triumphant, yet also nostalgic, mood to their music and it’ll be interesting who’ll get the feels going better on the day: Mad & Rissa with their 90s and early 00s retrospection or Allester Shaun with his oh-so-current post-internet melancholia.

The show starts at 2.30pm this Sunday (August 12) at ATAS by Bijan FX. Check out the Facebook event page and stay tuned to The Wknd’s social media channels for any and all updates. 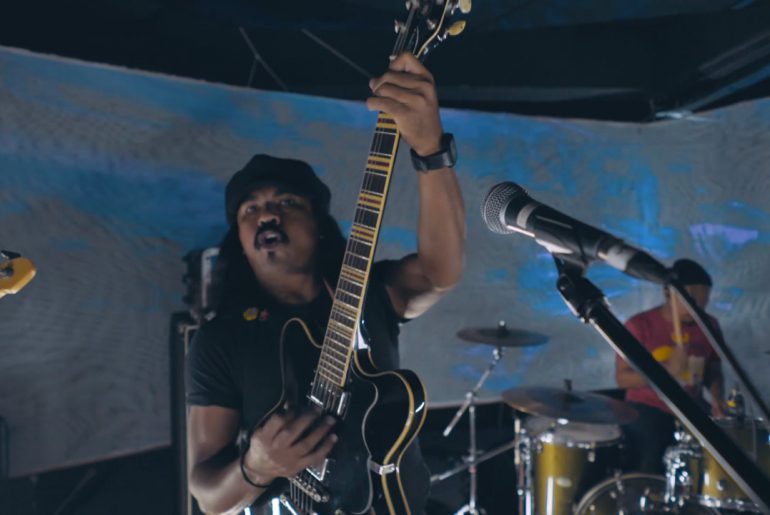