It is always exciting when artists travel such distances just to come over and play for us. The feeling becomes a flattering one when they come back to play to us again. As for David Knight, he’s a musician whom we can call a close friend of the local scene.

“Malaysia was the first Asian country I played in, and she turned out to be quite the benefactor to my music,” he’s once said. Having produced his first solo EP “Mandala” here in Malaysia, the multi-instrumental Knight is now working on an album here. And as a preview, an EP titled ‘Evacuate’ will be launched with a year end gig scheduled on the 15th of December . 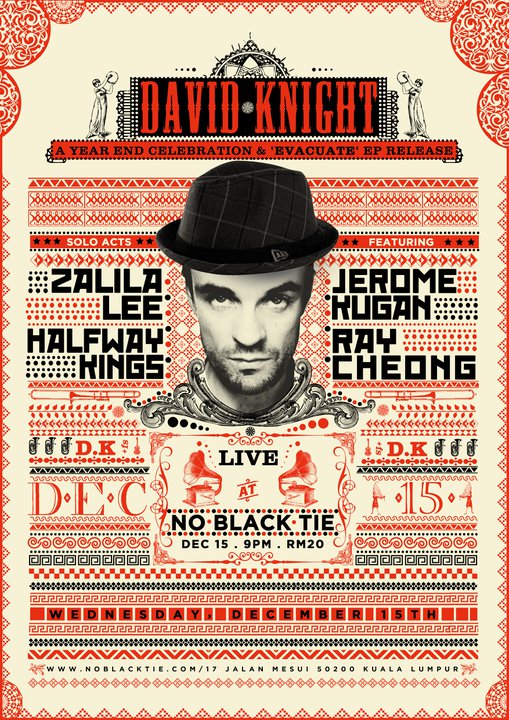 The usually ‘one-man-band’ electro-acoustic act won’t be alone up on stage this time though. Joining him will be some of the many friends he’s made during his stay here in Malaysia, namely the talented artists Jerome Kugan, Zalila Lee and Ray Cheong who will inject their very own musical twists into his current repertoire of songs. Opening the show that night will be the beautiful Adeline Chua and Joachim Sebastian of Halfway Kings.