Power pop bands are very few and far between in this region. And when we say power pop, we actually mean the pop underground kind and not the kind that big ‘zines like Rolling Stone, Spin or even Pitchfork calls power pop (i.e. post-emo melodic pop punk that somehow people started to call power pop). Singapore band TypeWriter took 7 years to finally come out with their debut album “Indian Head Massage”, and it took us almost 2 months to finally get our hands on the CD, which we finally did when we were in Singapore to catch Vampire Weekend, and we’re delighted to find out that one of our favourite Singaporean bands have come up with one quite fantastic album. 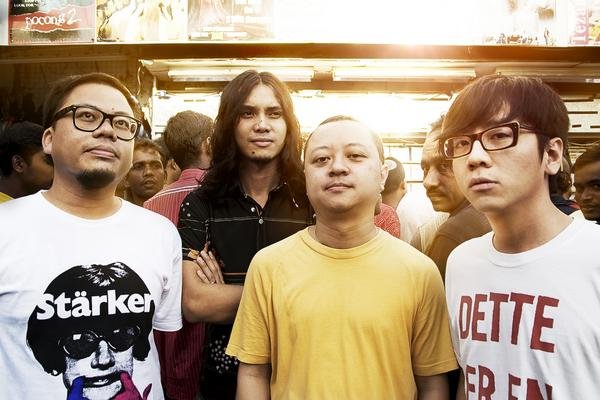 Distributed by Universal Music in Singapore, the 10-song album also comes with an 8-song bonus disc called “Extra Service”. Give their tunes a listen at their Myspace page, and also check them out on Facebook.

Here’s a video of them performing one of our favourite songs off the album, “That Deepest Blue”, live: