Enter The Catacomb – The Observatory’s Session Of Catacombs

After ten years of exploring and breaking boundaries, the seriousness of The Observatory’s musical pursuits is almost incomparable in the Southeast Asian’s independent music scene. Meticulously producing albums since their first, Time Of Rebirth (2004), their latest, oficially released last Friday April the 13th, Catacombs’ production went as far as Norway for the album’s environmentalbackdrop. Performing songs from the album tonight and tomorrow night live at The Sub, here’s something for those who can’t attend the gig to get excited about. A 4 part live sessions series of the band performing every song from their 5th and latest album. Produced by the same guys that gave us the Snakeweed Sessions, Birdmandog and shot at Goodman Studio, the teaser of Enter The Catacombs below might be enough to give you goosebumps already.

Purchase catacombs in various formats, including CD and LP from TheObservatory.com.sg. 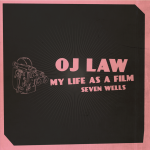