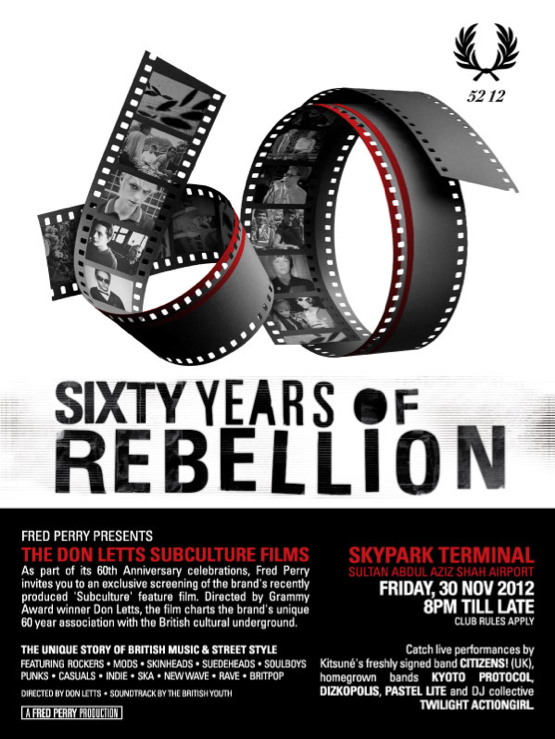 Fred Perry throws one of the craziest parties here in Kuala Lumpur, and now are back with it’s 60th Anniversary Party this coming 30th of November 2012 at SkyPark Subang Terminal, Sultan Abdul Aziz Shah Airport in Selangor.

Fred Perry will showcase the premiere “The Don Letts Subculture Films”. The unique story of British Music & Street Style, directed by Grammy award-winning filmmaker and music cult figure, the legendary – Don Letts. The 6 part 60-minute documentary film charts the brand’s unique 60-year association with British cultural underground subcultures including Mods, Skinheads, Suedeheads, Rude Boy, Two Tone to Brit Pop and Indie – all in which the Fred Perry shirt has been ever present at the forefront of street style.

Headlining the event would be Kitsune’s (FR) latest signee, Citizens from UK, alongside our local boys Pastel Lite, Dizkopolis, Kyoto Protocol and Twilight Action Girl to end the night.

The event is by invitation only, and we’re giving away 10 tickets! Each ticket admits 2 pax.

Email your answer to the editor[at]the-wknd.com along with the following details:

* This contest is opened to Malaysians, 18 years and above. Winners will be notified via email on the 26th of November 2012.
0 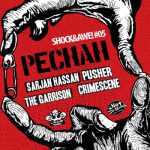 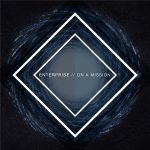 Enterprise – On A Mission