Interview by Truf. Photos by All Is Amazing.

As a follow up to our coverage of Raising The Bar’s 6th anniversary showcase correspondent Truf sat down with Jin Hackman to relieve some curiosity about a few things.

Run us through the thought process of deciding to have Luqman Podolski on the line up.

Jin: Well, to be honest, it wasn’t really a serious decision, the song came out viral and when we heard it, it was catchy. We had a birthday to throw, it was our 6th anniversary, we wanted to have a solid line-up but Aman Ra, Kayda & Altimet have played RTB before and we just wanted to throw a wrench in the works and catch people off guard. Some people will get it and some people won’t and that’s ok, we just wanted to have fun and act a fool like anyone would at any birthday. So I put a tweet out about the idea and tagged him which started a back and forth and just so happens, our intern at the time was friends with Luqman and egged him on to do it. He agreed in the end and was such a sport about it.

Was that his first time ever performing on stage?

J: Yea, he’s never been on stage before and he did pretty good, he was a little nervous during soundcheck, maybe had a “mom’s spaghetti” moment but when he got up there, he was pulling it off and pointing the mic to the crowd and everything… Thing is though, the tracks Luqman had were only a minute long, and we thought the way around this for him was to perform each song twice…Hahaha… because I recalled the time PSY was here for Future Music Fest, and this was how he performed Gangnam Style, 1st round, he had everyone with their phones record the show and then 2nd time round, he told everyone put away their phones and just have a good time. So it was kinda inspired by that…Haha

You’ve overseen the growth of RTB since it was just an idea for a night that was meant to be a one off, talk to us about that from your perspective.

J: The first few years of doing this was difficult of course, we had no idea what we were doing, it was meant to be a one off, but it didn’t turn out that way and it started becoming a passion project for us, we didn’t get paid much but that was besides the point, we did it because we liked doing it. Aside from “Think You Got Skillz” there wasn’t many other outlets for Hip-Hop heads, by that time “Bomb Shelter” wasn’t around anymore, so I’d say we picked up where they (Bomb Shelter) left off but we wanted it to be much more palatable to the masses and that was our aim from the get-go. The 2nd year around, we had to switch it up a little, the scene was still relatively small and at this point almost everyone had performed at RTB, so we started throwing shows with themes. This allowed us to have the artist return but do different things and some of these nights turned into some of our most popular nights. We had a few 90’s throwback nights, we had poetry nights where these poets had some of the MC’s sweatin to be up next. The fan favourite though was our “Raising The Bra” nights, dedicated to the women in our community. I also have to mention our artists played vital roles in keeping us alive, we started this when a lot of our artists were on the come up and we were able to grow alongside them. Many of them made sacrifices, you know how it is, when you start out you couldn’t ask for much, we could only provide tokens of appreciation but that enabled us to keep going so I’m grateful they helped us in that sense. Eventually we got into our groove around the 3rd & 4th year and we knew our worth and we were finally able to compensate our artist better.

Even with all of RTB’s success, you’ve mentioned the “dark ages” of RTB, could you elaborate on those times?

J: There was a couple, the first was the period between our first venue — Artista and our third home in Ecobar. We were set up in a place that just looked and felt off? I remember it even had a coconut tree in the mix? The funny thing was people was still showing up to some of our nights, like industry people too, in hindsight we feel kinda bad for putting them through that? Hahaha. I remember our second anniversary, this was my fault, I overbooked the night and we only ended the show at 4 a.m. Things really didn’t work out there and execution was subpar, we were still learning but our relationship with the venue made times tougher.

Our second dark age, for us as a team, we struggled financially. Despite our first RTB fest being a success on the surface, the aftermath of the festival left us at a big loss financially. We were stupid, it was our first time and we told ourselves, it’s fine, just do it, the ticket sales will cover everything, but I was dead wrong. My mindset at the time was let’s just do a Hip Hop festival before anyone else does and we piled too much on our plate for a team as small as ours to handle in that amount of time. It took us a while to get back on our feet after that.

What did you take away from that experience?

J: I think, for that moment in time, with that small a team, with that amount of money, we could of scaled it down a notch. Not to take anything away from what we did, great ambition is always a positive but if anyone could learn anything from us as an organizer was not to go too big too soon and (realistically) understand your team’s reach. By doing it so big to start, left us no room to breathe and mistakes became costlier. In the end though, it still helped us better prepare for our 2nd festival.

What is it that separates RTB from other platforms? Why has it allowed you to pull off some of the things you have been able to do such as reuniting iconic groups of the past?

J: Well, I believe it was because by that point we’d proven ourselves to them and shown that our cause was just. But also because, you almost have full creative freedom being on our stage, with us you can be you and you can do your hits as well as your b-sides and not have to sweat it that much. We encourage that for the artist as well as the fans.
After 6 years, what still keeps your team going and motivated to live up to it’s name?

J: RTB as a team doesn’t like to just sit around and wait. We’re always on the lookout for anything new, we’re always on the internet, always getting recommendations. Like we’ve mentioned, we grew with a generation of acts that are doing well for themselves now but what’s next? We got to keep it moving. At this point we are actually witnessing a new wave of artists, that’s keeping us excited, part of the joy and satisfaction from it doing it this long has been discovering and putting acts on and watching them grow. A perfect example is Airliftz, before we knew he rapped and produced, he was always a face in the crowd at RTB. Even when we hosted a series of workshops, I remember his brother bringing him to almost all of the workshops. Now he’s doing his thing and we’re proud. We’re all about progress and evolution (If you haven’t already got it from their name).

You talk about putting new acts on, but today RTB’s standards have definitely risen far from the days when it was mostly friends or whoever who you could get on.

J: Definitely, I’ll admit, it is definitely harder to get a slot with us now but that’s not necessarily a bad thing, we’re able to screen and put on quality shows especially now that we charge at the door, we really wanna make it worth their time and money. We’re also able to provide what the people want, not to say we’re trying to follow trends but just keeping things current and evolving with the times, all while giving nods to those who’ve paved the way.

So do you recognize that now there isn’t a stage for people that need those stepping stones to understanding the live element and crafting showmanship?

J: That’s what’s missing really, I feel like there’s definitely a lack of that platform that RTB used to be for these cats. There were just too many of those nights like T.Y.G.S (Think You Got Skillz) that aren’t around anymore. However, I’ve been toying with the idea of a different night just for that reason, something a little more raw, more community driven. To bring a more balance back to our scene.

So what if someone took initiative to do that and had to start from scratch like you did, what do you think they should do, know or focus on?

J: They should have a solid crew, a squad that’s in it for the cause but also each other and never be afraid to ask for help. Help in terms of getting the word out, getting certain contacts, designing a flyer, getting sign-ups if you’re doing open mic nights and things like that.

What shouldn’t they neglect?

J: It’s cool to promote your stuff on social media but it never hurts to make an effort with phone calls and through word of mouth cause even if it’s necessary to have it on social media, you have to do anything and everything to try and cut through all the noise on the internet. 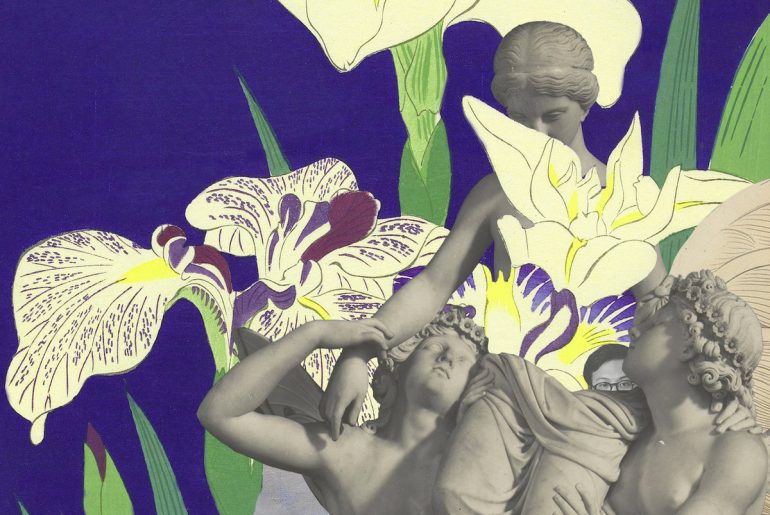 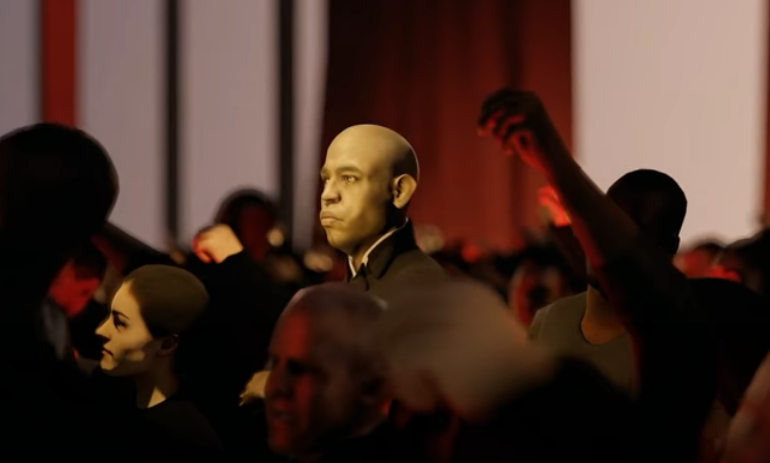 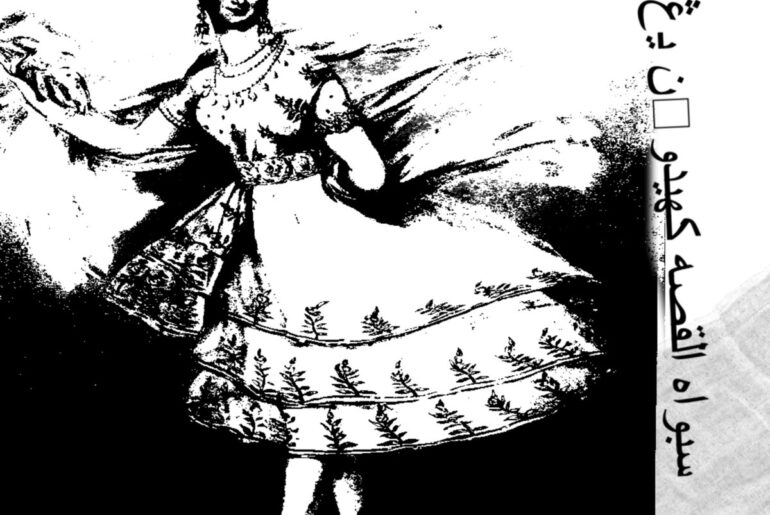 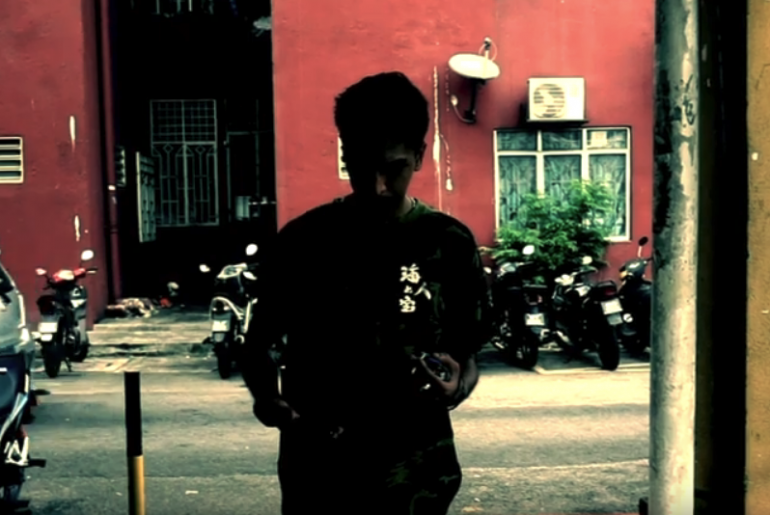