Fired up over Urbanscapes? Read up on this interview we did with Australian trio, Jagwar Ma who will be bringing their brand of psychedelic-dance music here to our shore this December! 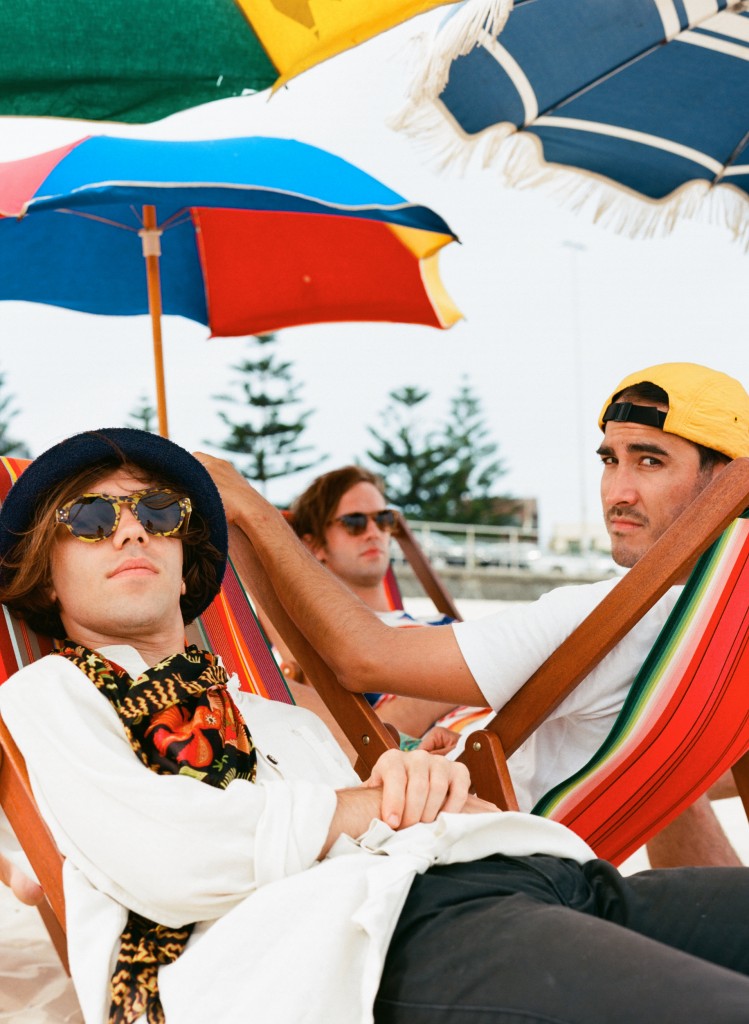 1) Like most psychedelic-dance bands coming out of Australia, how would you describe Jagwar Ma’s production style especially with your debut album, Howlin’ and in what way you think it stands out?
I’ve always approached this band’s production style like hip hop would approach writing songs. Even though the music is clearly not hip hop. As the question describes, it’s more psychedelic and dance-based. Generally I start with a beat, just build upon the beat. Once there’s a groove and a character and a rhythm to the track then we just layer on top of that.

2) Jagwar Ma’s now based in UK. Has it been a totally different scene now that you’re based there and not in Australia? What changes did you particularly notice that made an impression?
We’ve just moved back to Sydney. But yeah. [London] is a completely different scene compared to Sydney. It’s just a bigger city. London is just so much going on all the time. There are so many people. Very claustrophobic but inspiring as well. It feels like the pace is quicker and I think you can actually feel that in the music sometimes. I don’t think it has influenced us yet because we’ve been playing songs that we wrote in Australia. But I could see that sort of experience of living there for two years influencing the next record.

3) You’ve performed at various notable shows like Glastonbury, Latitude, Bestival, Reading and Leeds. As in any band at this level, what are your main concerns when it comes to playing live at big venues and the masses of musical equipment?
Well, my concerns are generally micromanagement things. I’m always quite technically minded before we play a big show. I want to make sure everything is running smoothly. I have complete faith in our performance but sometimes, you know, because we run live visuals and things like that. I’ve been to a few large festivals where the guys operating the LED wall or the projection wall, haven’t quite nailed it. Whether the aspect ratio is wrong or all these other technical details. It’s those kinds of details that we frantically go over before we play. When you play a festival, sometimes you only have 20 mins to change over. That’s 20 minutes to get on stage and have a sound check. Those are very highly stressful moments before you play and I’m always thinking of all the technical things like that.

4) How do you foresee the musical direction of Jagwar Ma?
Two main environmental conditions that have changed for us is, we just spent a long time in London. So I think the music that we’re exposed to is definitely going to have a degree of influence on our new record. There’s a huge UK-based electronic music scene there, which I really kind of inspired by — through guys like Jamie Xx and Joy Orbison & Boddika. The other huge change is when we started out we never played live, now we have played live nearly 300 plus times. When we’re writing the next record, we can quite clearly visualize an audience, which was something we tried to do when we wrote Howlin’. I was always imagining how it would sound if you were at a festival watching us. But that was an imagination. It wasn’t an experience. But now having played some shows we can quite concisely imagine that sort of live music experience.

5) How did you arrive at such a surrealistic approach to the music video of ‘Uncertainty’ that was shot in the Mojave Desert you released earlier this year?
That’s the film that my brother directed. He’s a fantastic director. He’s directed a bunch of film, for Foals and so you’d have to ask him! It was his idea.

6) We’re thrilled to have you perform at this year’s Urbanscapes. What do you look forward to during your time here? Any bands on the bill you’re excited to watch?
Oh I didn’t know The Lemonheads are playing, that’s cool. I’d definitely check them out!

Check out the band’s Facebook page for more info/updates.