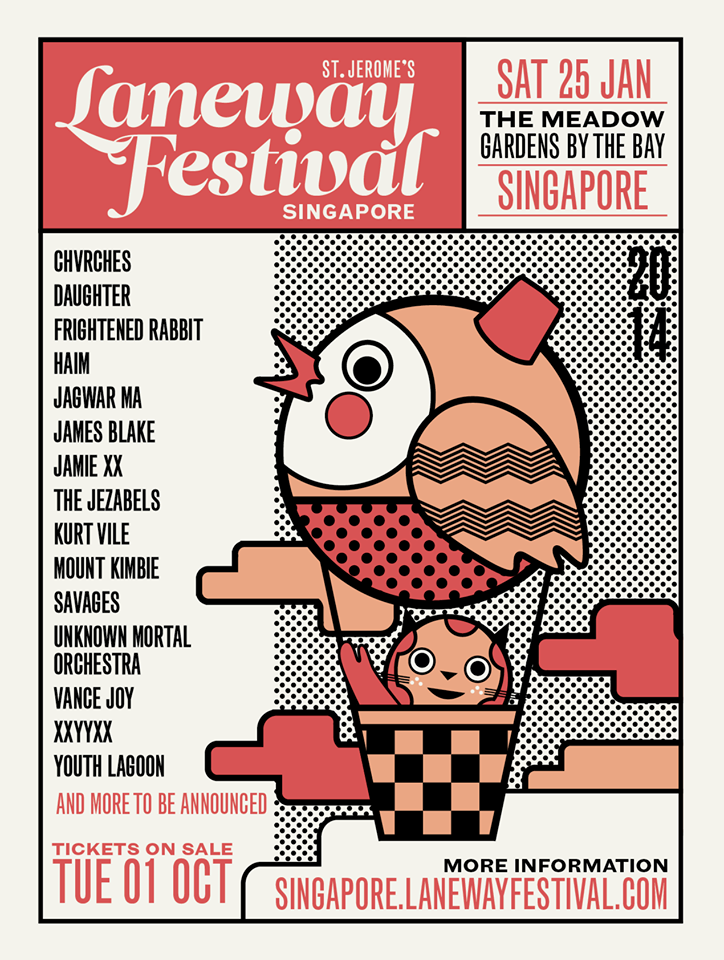 After weeks of heated anticipation and predictions over the lineup for Laneway Festival Singapore 2014, the finalized lineup (with more to be announced) has finally been revealed! Happening on the 25th of January at The Meadow – Gardens By The Bay, Laneway Festival remains as a legitimate excuse to cross borders every January each year, with 2014 clearly being no exception. 2014 sees a diverse lineup of indie acts from favorite newcomers like CHVRCHES, Daughter, HAIM, and Jagwar Ma to electronica maestros like James Blake, Jamie XX, and Mount Kimbie.

Ticket sales commences on the 1st of October and early bird 10-Day Specials with great deals will be happening from 1st October to 10th October, so keep your eyes and wallets set on those days.

Editor’s note: We wish they would include local and regional bands already, similar to the series in Australia and America.