Malaysia’s longest running festival, Rock The World 2012, is happening this weekend at Padang Merbok on the fringe of KL city. They recently announced the concert layout, so you know which stage your favourite local act is playing.

Below is the concert layout and schedule. By the way, if you’re heading out to the festival, we suggest that you take the public transport and walk over to the festival ground. 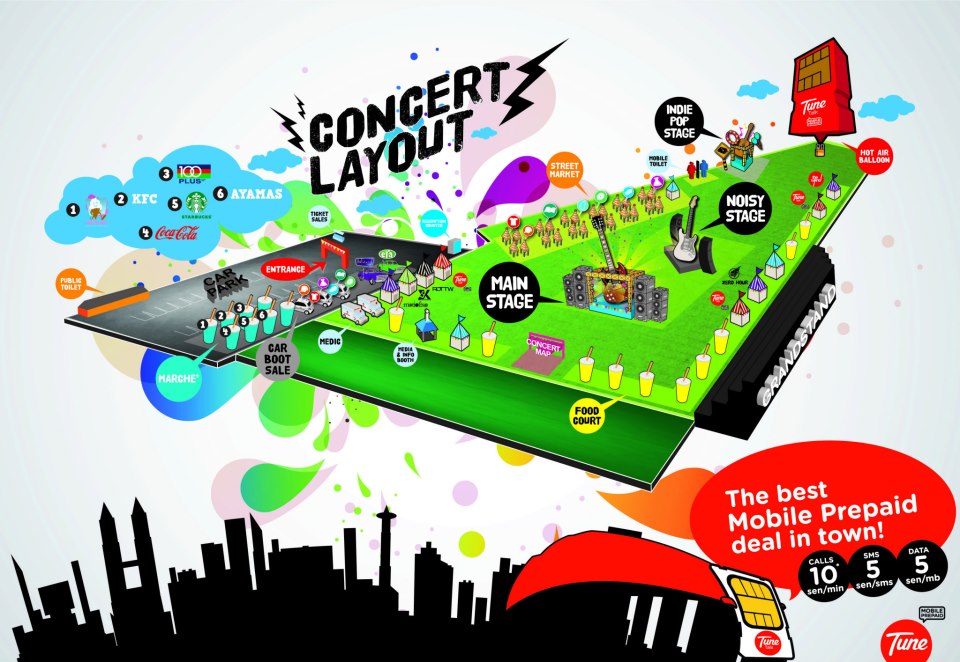 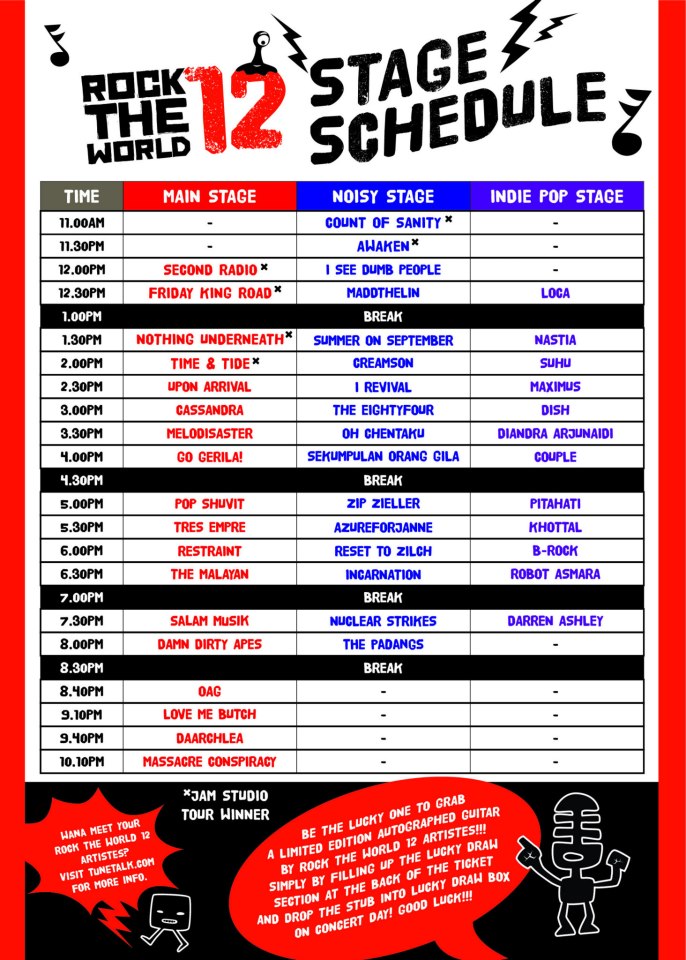 We’re also getting a booth on festival day, so do bring some extra dough as we will stocking some CDs and merchandise.

For more info, check out Rock The World’s Facebook page.

They Will Kill Us All – Sirens (Music Video)