By James Rivers. Photos by ThrobbingPixels.

NADA. The name itself is a bilinguial joke, a play on the Spanish (and, arguably, English) word for “nothing” and the Malay word for “tone”. The story: Atzar Rimpun and Fajar Asuhino, the core of the group, were members of a pop-come-psych band that started in the 1960’s before vanishing without a trace sometime in the 1980’s, but have now come back as ghosts, bringing a bizarre twisted version of the past along with them. The reality is, of course, not quite as exciting, but still interesting enough: Atzar Rimpun and Fajar Asuhino are the pseudonyms of Rizman Putra and Safuan Johari, better known being involved in genre-bending Singaporean legends Tiramisu.

Most listeners will undoubtedly think of gimmick-driven groups like GWAR or Gorillaz when thinking of groups with a fictional history, characters and narrative, and these often come with a fantasy or sci-fi element that inevitably makes the whole thing quite comic. NADA is no such act, however. From the very first bar of their set at Minut Init in September it was obvious that the stylistic and musical decisions were refined and polished, their songs featuring a variety of samples from Malay, Chinese, Thai and even French music. The nostalgia present in the samples is contrasted with modern production and rhythms, where the old meets the new. Vocals are performed in a faux-crooner style, complemented by sampled vocal lines, and while we could describe the costumes and performances, they really have to be experienced first-hand.

NADA has been performed all across the globe, including at an installation in Paris’ contemporary art space Palais de Tokyo; the Singapore: Inside Out events in Beijing, London, New York and Singapore; the opening of the National Gallery Singapore; Singapore Night Festival; Neon Lights Festival and many more. We’ve been fortunate enough to keep in touch with them after the aforementioned show at Minut Init and sent some questions their way recently to find out more about the project.

Rizman. you have been a part of Tiramisu since its inception in 1998 but I don’t see Safuan listed in the line-ups until far more recently. When did Safuan become a part of the group?

Rizman: I believe it was around early 2013, when Tiramisu wanted to add another element musically. For that reason, Safuan was roped in because the band wanted to explore electronic sounds. While Tiramisu was in the midst of recording an EP, Safuan unintentionally ended up becoming the co-producer. He’s been a friend of the band for almost a decade and he knew the sound, so it made sense for him to join the Tiramisu family, since the band was also going through a process of reinvention of sorts.

Can you run us through a brief timeline of Tiramisu/NADA/Max Lane?

Safuan: Tiramisu has been around since 1996. I started out as a fan, then a friend and finally in 2013, became a member. Before I joined them in the studio for the EP, they initially invited me to do a collaborative gig for Singapore Night Festival. I’ve never looked back.

Max Lane is a solo electronic project I started in 2009. It is with this moniker that I began to study and look into the wide spectrum of Southeast Asian sounds as a library for my sample-based work. I also ended up doing straight-up heavy beats electronica, so I started to feel a bit schizophrenic about what I was doing. In 2014, Rizman shared the NADA idea to me and suddenly everything fell into place.

Rizman, your stage presence and conviction during NADA performances is impressive; is there any idea or state of mind you invoke to put yourself into mood for performances?

R: The performer in NADA is a juxtaposition of different elements. I have been trying very hard not to bring the manic character that I normally portray when I am performing with Tiramisu. I decided to combine 2 of my favourite performers, which consist of Kazuo Ohno and Marcel Marceau, as I find some strange connection between butoh and mime. Rather than being manic on stage, I wanted to do the opposite, to restrain and minimise the visual noise of the character/performer. But of course, it gets really difficult when my body forces me to move to the music, like some kind of retaliation.

I guess that’s where it becomes a catharsis. It creates some kind of rapture for me personally. It’s really tiring, but I think it is worth my conviction. It gives me the reason to live and I can sleep better at night.

I don’t have any specific idea or state of mind, but I do try to visualise the performance in my head. Sometimes I have a set of things that I want to do, which maybe comes from my performance art practice. I work with a mental structure, where I have the choice of how or what to can fill into this structure. It’s a non-linear performative way of telling a story in a context of a live music situation and it is something that I’ve been doing for years, But of course the story is not just a story, it could just be visual ideas of a situation. I don’t plan those stories, they just reveal themselves in the reaction towards the music. It creates a visual poetry.

I’ve noticed that NADA doesn’t have any physical releases yet. Can you talk a bit about the reasons for that? The process of sample clearance when dealing with such obscure music must be difficult, are you at a complete standstill or have you found avenues to contact the owners of the publishing rights to the material?

S: As of now, we have close to 20 songs which are ready to go. But we want to do it right. It’s definitely challenging and the whole process is unchartered territory for us, which makes this an even bigger task, especially as an independent band. We’ve been doing the research and finding leads to contact the owners. To be really honest I seriously don’t know how long more it will take for our songs to see the light of day as a release.

The Beastie Boys, Avalanches and Beck work closely with Pat Shannahan, who is a master in sample clearance and tracking down rights holders. So if there’s anyone out there in the region who can assist us with this, please do get in touch. Any help will be much appreciated.

NADA began as a purely fictional project focused on projected visuals. At what point did the veil drop and your performances become the spectacle and what was the motivation behind this shift?

R: It was coincidental. The initial idea was not to reveal ourselves on stage, to perform behind the screen mysteriously. But there was a performance in Beijing where we could’t get the screen in front of us. We decided to improvise but still maintain that sense of mystery, running with the concept of hauntology. It was a decision that happened to be the best, and turned out to be a blessing. I ended up looking like a hantu (ghost) and Safuan became a bomoh (medicine man).

You are currently abroad touring, how have overseas crowds reacted to your performances and music?

S: We recently just got back from Seoul, where we performed at a showcase at the Performing Arts Market. Despite being a new act, we have been blessed with numerous opportunities to travel and the response has been great so far. And, of course, with Rizman’s stage antics, the audience laps it up anywhere we go.

But beyond that, our maximalist approach that confronts the dualities of old-new, East-West, fictional-real, digital-analog, somehow manages to become a universal factor that breaks any language and cultural barriers. In some way or another, people can relate to the cultural mess that we present on stage. It’s a strange indescribable feeling, even for me on stage.

After escaping from his native New Zealand, James Rivers arrives at The Wknd as the token mat salleh, bringing with him a paler musical perspective. Being a drummer, producer, DJ, engineer and general music obsessive himself he has a critical but open ear to any style and spends most of his free time hunting down innovative and interesting tunes. 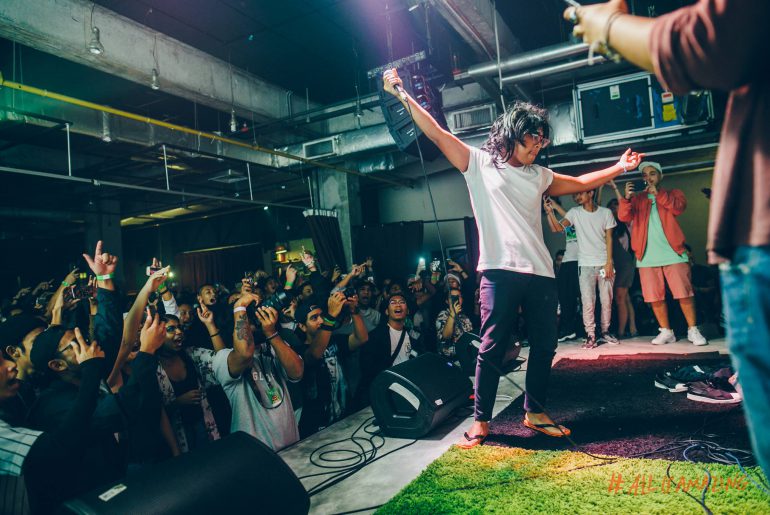 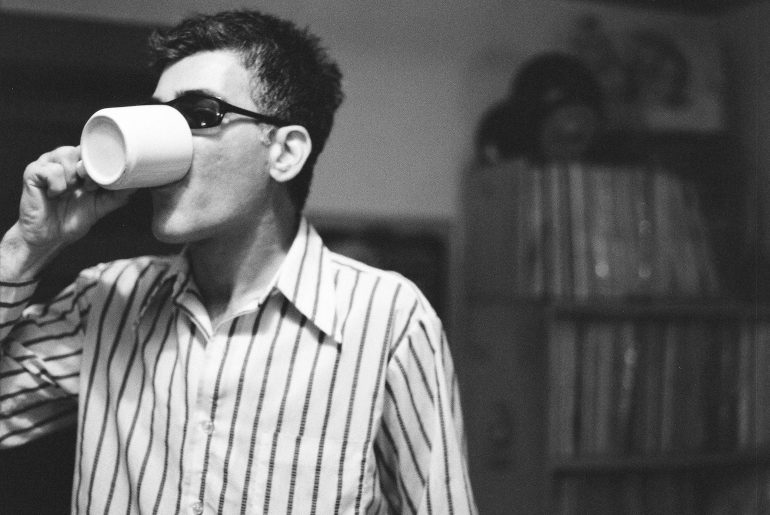 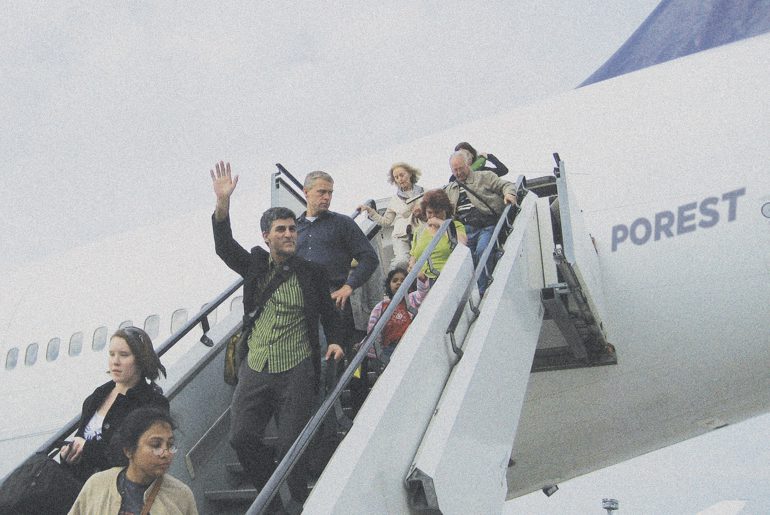 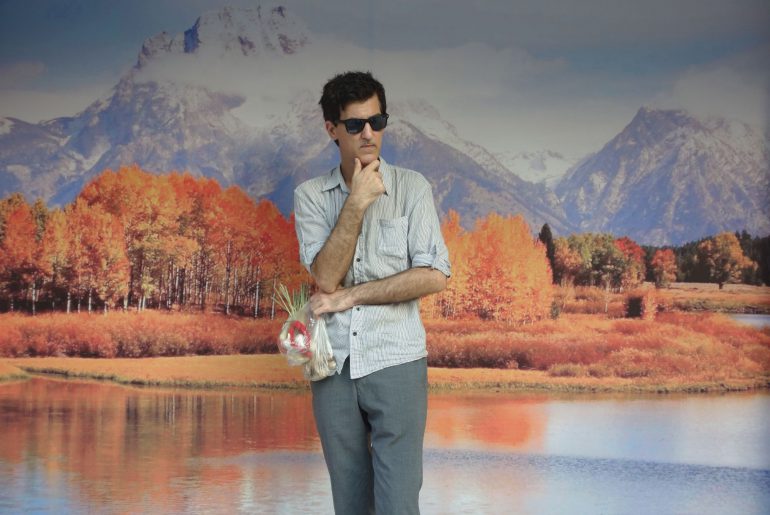 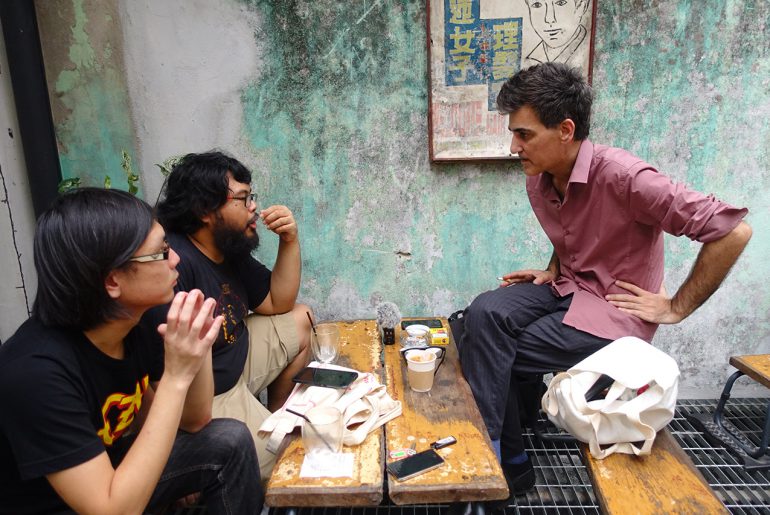 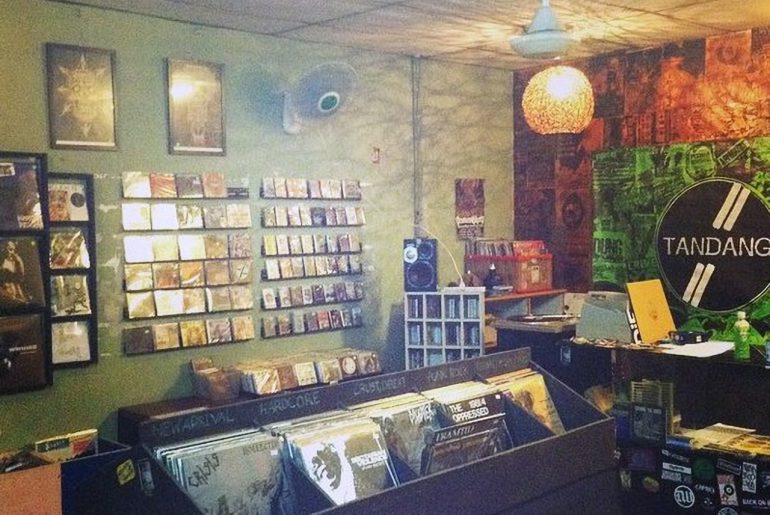