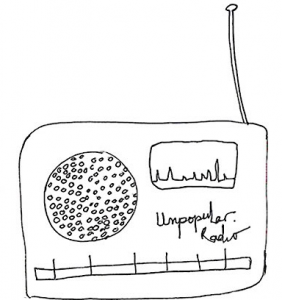 Since 2005, this 24-hour Internet based radio station have been playing wide range of music that most would describe as Indie. Started in Singapore, unpopular.radio now runs out of several different countries eg Philippines and Australia.

A couple of times a month, they would broadcast live shows such as Tangkap Suxx, Geylang Happy Hour, Just Like A Soundtrack, which you can stream or download as podcasts. For the rest of the time, they loop their ever growing list of songs which consist of mainly Singaporean, Malaysian and South East Asian music.

Go to their website for more info, or join their FB group