It’s rainy and there are far more people in Live Fact than we expected. New faces, faces you rarely (if ever) see at shows these days, a lot of foreigners, plus a contingent of the usual weirdos that you spot at most (if not all) improv and/or experimental music shows in town. It’s nice to see so many people coming out for a hardcore, no-compromises improvised music show, but there’s also a part of us that’s a bit resentful, wondering where all of these people are when it’s not a lineup dominated by foreign musicians. To be charitable, maybe it’s because they feel that the lineup, filled as it is with internationally-renowned names, will be “better”.

And, honestly, in some respects, it is. But it’s also nothing that much more special than some of the performances we’ve had the pleasure of seeing at spaces like Findars. At least, not musically. Our presence at Live Fact, when there’s a bunch of other interesting shows happening the same night in other parts of Kuala Lumpur, has less to do with some sort of belief that the performances will be “out of this world” and more because of the up-till-now incredibly remote idea that we’d be able to see names like C. Spencer Yeh and Jojo Hiroshige performing live in Kuala Lumpur.

Is it special? For this writer, a nerd, someone who discovered experimental and noise music as a lonely 18-year-old on the ihatemusic forum and proceeded to dedicate most of the following years to seeking out the most extreme, the loudest, the weirdest, yes. But let’s try and return to that later, for we’re sure that you, the reader, expect a bit about the music.

This sort of the arrangement means that the audience treated to pretty good cross-section of styles and approaches in improvised music. From the abstract clunking rhythms of Wukir Suryadi’s custom-built string intruments serving as a backdrop to the flittering electronics and paint-peeling saxophone of Sudarshan Chandra Kumar and Junji Hirose, to the skittering vocal-and-violin improvisation of Siew-Wai and C. Spencer Yeh and ending with the electric guitar heroics of Jojo Hiroshige arcing across the sound spectrum like lightning atop of Tara Transitory and Vivian Wang’s electronic rumblings, the performances were all distinct from each other, and all managed to collectively avoid stepping on each others’ toes. An admirable feat, it has to be said, and one that speaks well not only of the curatorial team behind Asian Meeting Festival in general, but also their sensitivity in deciding the groups on the night.

That being said, most of the performances, however, aren’t earth-shattering. While there aren’t any outright poor performances, certain musicians do strike us as somewhat sub-par–Otomo Yoshihide, sadly, has one of his off days–and others are simply a bit overpowered by other, more dynamic performers in the same group. The main example that comes to mind is how Liu Fangyi and Dharma’s vocal improvisations and prepared guitar get overwhelmed by a much more talented vocal improviser and loud drummer in Rully Shabara Herman and An Murazato respectively. Things never get truly bad, but some of the performances just don’t reach the heights that we know improvised music can, and does, reach.

But that’s par for the course, in all honesty. Improvised music, perhaps moreso than any other genres of music, is really quite reliant on things just “falling into place” on the night, on the musicians all managing to come together and collectively push each other to reach some sort of pinnacle of expression. There are times when improvised music performances reach such a peak, such a sustained level of collective expression that you start thinking there’s no way that any music on the face of the planet can be more vital and more essential than what’s happening before your very eyes; sadly, none of that quite happens at Live Fact.

It’s likely that only the last set, featuring Jojo Hiroshige doing his thing on electric guitar, will truly live on in our memory. Not just for his almost-unequalled style on noise guitar, but also because of how mythical of a figure he actually is for anyone interested in noise music. Anyone that’s ever plugged a handful of guitar pedals back into themselves in a feedback loop has probably also spent hours watching Hijokaidan live footage on YouTube (or even downloaded said footage from filesharing sites back before Google Video and YouTube even existed), and to see him up close and personal is special, to say the least. Very special. We pump our fists, beaming from ear-to-ear, eyes a bit wet, as we soak in the gravity of the situation: Jojo Hiroshige, doing what Jojo Hiroshige does best, barely more than a few feet away from us.

The man has spent a good part of the last 30 to 40 years putting other guitar-playing noise improvisers to shame and proving that the use of guitars in noise is only a bad thing if you’re bad at using guitars in noise. His sound has never really been about the sort of prepared guitar and extended technique that a lot of guitarists in this field use, nor has it been about having a huge pedalboard. Instead, it’s always been, to our ears, about two things: volume and attitude. And both are on full display, his electric guitar cutting through the air and rendering Tara Transitory and Vivian Wang’s electronics almost entirely secondary.

To our relief, the performances are all relatively short and to the point, avoiding the all-too-common pitfall of dragging an improvised music session out for longer than it deserves to. We’re not sure whether it’s by design or simply due to everyone having played two nights in a row in Singapore prior to coming up to KL, although it probably doesn’t matter. But, as each performance continues to end at almost-always the right time, we can’t help but thinking, somewhat mischievously, about how much of a good thing it actually is that the audience–some of whom we’re sure haven’t ever really been to many shows of the type–don’t get a chance to see that look in the performers’ eyes, that shift in the body language, that signifies that all-too-common moment when the musician(s) realise that the game’s up but that they should probably play some more because there’s no way anybody gets out of bed in the morning, braves traffic and lugs a bunch of equipment around to play a 10-minute set, do they?

As Jojo Hiroshige’s guitar fades into amplifier hum and brings on possibly the loudest applause of the night, anyone would be forgiven for thinking that Asian Meeting Festival had just ended on a high. But the festival isn’t done quite yet: to everyone’s delight, including our own (although we’d been clued in during an earlier conversation with Rully), Senyawa take the stage to play a short surprise set. Needless to say, it’s very impressive, and the consensus during the post-show discussions is that it’s easily worth the price of admission all on its own. If anyone in the room needed a reminder of how the duo of Wukir Suryadi and Rully Shabara Herman are one of the best bands in Southeast Asia regardless of genre, then they certainly provided it.

As Wukir and Rully pack up, the crowd disperses, breaking off into small groups, and we immediately get to work: find and shamelessly accost both Jojo Hiroshige and C. Spencer Yeh and tell them how much their work has meant to us, and to just, you know, talk. To dispel that reified image of the star improviser, created through the unfortunate realities of distance and location. Complete, of course, with photos. It’s a fanboy thing, and possibly a bit unedifying, but it’s honestly the main reason why we’re there. We’re not sure how keen Jojo Hiroshige was on our hilariously bad attempts at Japanese-accented English, but C. Spencer Yeh took it in his stride, and seemed like a thoroughly nice person to talk to and be around. If anyone cares, that is.

A few days on, it’s hard to say that it was truly a monumental occasion musically, at least in our eyes. But you know what? It was really quite fun regardless, and the atmosphere at Live Fact was probably the most vibrant, most electric we’ve experienced at an improvised music show in a long time. And, during an unguarded moment surveying the crowd, we started to hope that some of the faces around us would be inspired enough by what was going on to start going to more improvised music shows, the ones with the local players and the less-prominent players, and not just the big festivals with international players. If there’s something to hope for, it’s that Asian Meeting Festival Kuala Lumpur will serve as a catalyst to get more people to start checking out the shows that happen regularly at venues such as Findars. If that happens, however unlikely, then that will be the true legacy of Asian Meeting Festival Kuala Lumpur, more than any of the performances or personal fanboy stories. It’s fanciful, yes, but one can hope.

Azzief Khaliq mostly spends his days thinking about, buying or listening to music. He used to play music too, but finds that it’s not something he’s all that interested in doing anymore. Both Noises End Burning is probably the best noise album of all time.

One-Man Electronic Project Rao Debuts With “Ghost in the Machine” 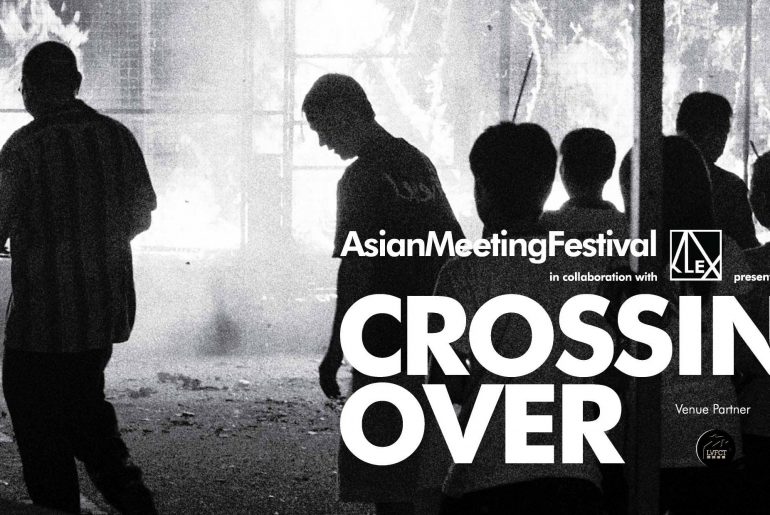