The Impatient Sisters: a quick recap.

The Impatient Sisters was first announced to the world on Episode #40 of The Wknd Sessions, way back in 2010. And they’ve gone on to do big things since then: there was their collab with Darren Ashley on 2012’s track Mana Diriku, to their appearance on the film-x-music project Kolumpo  to their album launch in 2014. Just some of the many feathers in their ever-growing cap.

Their most recent accomplishment: getting their single “Hanyut” on the #14 spot on The Daily Seni’s Best Malaysian Songs of 2018 list.

And we’re pretty sure that ranks high up there among their best moments. just like when their track “Hey There Young Sailor” hit 1 million plays on Spotify.

It was a good show.

Their set during Buka Panggung really felt like an intimate session for their closest fans. Their banter in between songs was awesome, and showed that they know how to connect with an audience.

The Impatient Sisters have always been known for their great tunes. But as one member of the audience told us, they’d never really seen the band up close. And watching them perform gave him a fresh new perspective on just how good they are.

So watch The Impatient Sisters performing their hit song “Hey There Young Sailor”, taken from their Buka Panggung set. Enjoy! 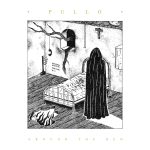 Pullo – Around The Bed