Love Me Butch – Come Out Come Out

Love Me Butch’s single, ‘Come Out Come Out’ has been circulating the internet for a while now and it has been well received by their fans (old and new) all around Asia. Their official music video, which premiered earlier today on MTV Asia, is a montage of them in and around Japan, crossed between some performance videos and of guitarist Wing Meng breaking out a very mean solo.

Watch the video below 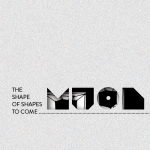 Muon – The Shape of Shapes to Come