Cheap movie time arrives again today. And frankly we don’t think there’s a better way to spend some of that hard earned money of yours at the movies this week other than this rare chance to actually catch a brilliant and much-lauded US independent movie in a Malaysian cinema (without it arriving almost a year later). Those of you in the loop will surely know that “Buried”, directed by Rodrigo Cortes and starring Ryan Reynolds, is basically a whole movie with him buried in a wooden coffin, underground, in Iraq. And that’s the whole movie – Ryan Reynolds, coffin, mobile phone, lighter and some other stuff that we won’t tell you so as not to spoil the surprise. What we can tell you is that it’s one heck of a thrill-ride and you won’t be sorry you saw it. 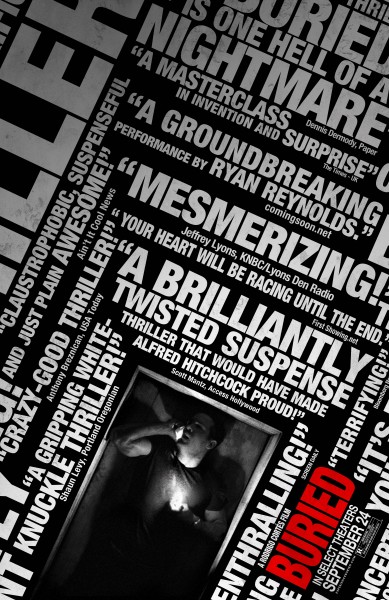 Check out the trailer below, and then run to your nearest cinema to catch it before it ends its theatrical run here.