The weekend is back, and a fun day at the movies is never a bad thing to do. While The Social Network is obviously the film that everyone will probably want to see (and deservedly so, as it’s another brilliant piece of subtle and unshowy filmmaking from David Fincher), we thought we’d suggest another film that you might overlook because of the whole Social Network hoopla. 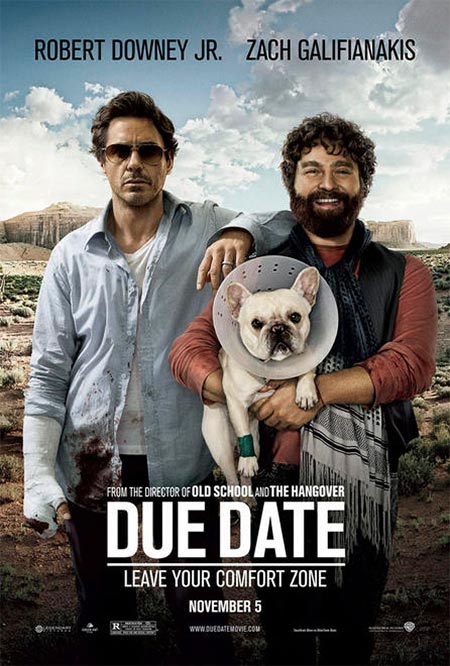 Opening the same day as The Social Network here, Due Date is the latest film from bromance auteur Todd Phillips (of The Hangover and Old School fame). It doesn’t reach the brilliant heights of The Hangover (in fact, very few comedies do), but when you have a sometimes effeminate Zach Galifianakis playing the bumbling fool to Robert Downey Jr’s exasperated a**hole, and add to that a masturbating dog (really, don’t ask!), then you’ve still got one seriously hilarious movie on your hands and a guaranteed good time. A must see for all you comedy lovers out there. Check out the trailer below.