It’s Wednesday again, which means it’s another cheap-day-at-the-movies time for us Malaysians. Now this is going to seem a bit out of the blue or out of character coming from us, but believe us when we say that if over-the-top B movies are some of the things that give you the most cinematic pleasures, then this Tamil mega-movie starring Superstar Rajinikanth and the still smoking hot Aishwarya Rai will give you sights and sounds unlike anything else you’ll experience this year (or any other year for that matter). 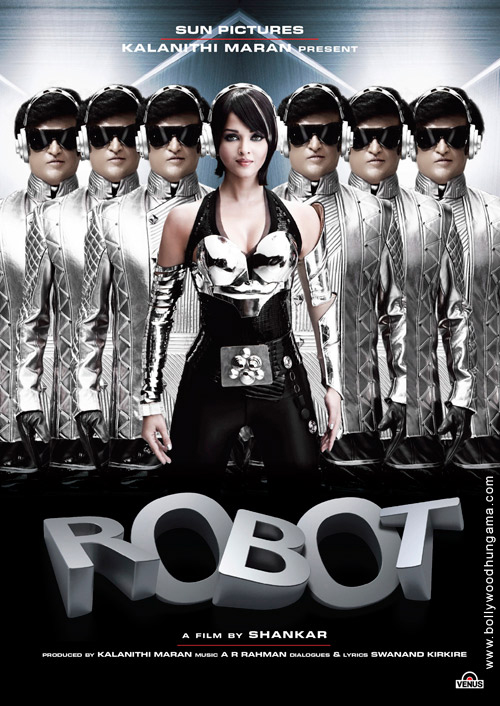 A sort of “Frankenstein” meets “I, Robot” mash-up, Superstar Rajni plays both the creator and the robot, in which conflict arises after the robot also falls in love with the creator’s girlfriend, played by Aishwarya Rai. Cue then for unbelievably crazy scenes like the robot talking to mosquitos, and some pretty far out battle scenes that even Hollywood will never dare go near. Imagine those crazy Troma films, but with a huge budget, then you’re probably almost there. Check out the trailer below: