Most of us will probably only think of the two Ip Man movies when it comes to the topic of 2010 kung-fu movies. That’s the power of promotional muscle for you. But don’t let the fact that you’ve never heard of this unassuming indie kung-fu comedy (produced by Andy Lau’s Focus Films) called “Gallants” dissuade you from checking it out, for it is in our humble opinion, hands down the best kung-fu movie you’ll likely see this year. With a cast featuring a lot of old timers from the era of 70’s and 80’s kung-fu movies, the fight scenes will simply blow you away and the jokes (especially the ones coming out of old pro Teddy Robin’s mouth) will leave you falling out of your seat laughing. 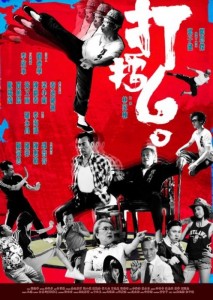 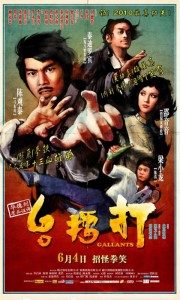 As you can see above, even the posters for the film are beautifully well done. Reportedly a surprise hit in Hong Kong, this is true underdog cinema done good. And did we mention that MC Jin is in it as well? Check out the trailer below: