Malaysian director Mamat Khalid looks to be on a roll this year, and about a month after Estet we’re now treated to Hantu Kak Limah Balik Rumah, his sequel to Zombi Kampung Pisang. Like its predecessor it is a horror-comedy, but we think this is probably the most consistently funny movie he’s ever done yet, filled with all sorts of absurd characters, hilarious one-liners and a surprisingly healthy amount of biting jabs at all things Malay and Malaysian. 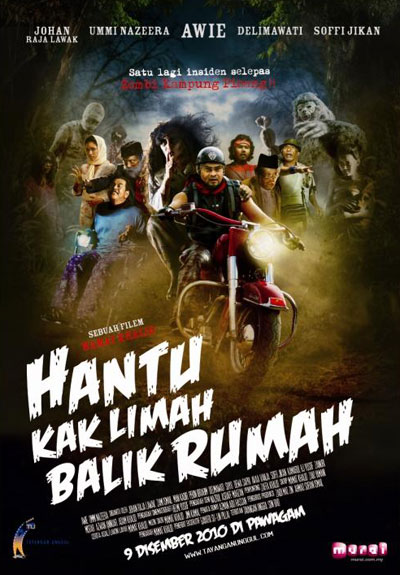 If you’re still thinking whether or not it’s worth a watch, let’s just say that a certain ‘hantu’ that we’ve all talked about during our childhood (a ‘hantu’ involving breasts, hint hint) makes an appearance in it. Catch it in the cinema, and a have a nice communal laugh with your fellow Malaysians. Watch the (not-so-funny) trailer below.