Quietly playing in Malaysian cinemas now is one gem of a caper comedy called Henry’s Crime, starring Keanu Reeves, Vera Farmiga, a scene stealing James Caan and one of our favourite character actors Bill Duke. Since it’s Wednesday today and movie tickets are cheap, we wholeheartedly recommend that you give this subtle, sly and hilarious comedy a spin as it is truly a joy to watch. 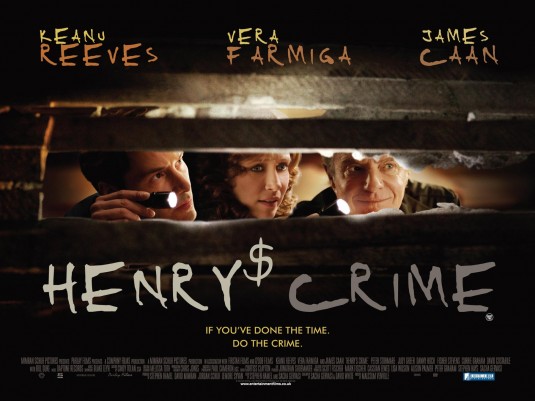 The tagline for the film, “If you’ve done the time, do the crime”, tells you all that you need to know about the plot of the movie as Keanu Reeves’ good guy Henry gets slapped with prison time for a crime that he didn’t commit. Directed by Malcolm Venville and written by Sacha Gervasi (who directed the Anvil! The Story Of Anvil documentary), it plays very much like one of those 70s New Hollywood movies by the likes of Bob Rafelson or Hal Ashby, which is always a good thing in our eyes and ears. Check out the trailer below.