If you’re familiar with films from mainland China, then the name (and face) of Jiang Wen should be quite a familiar sight as he’s still one of the top actors in China after all these years, having starred in a very impressive list of box-office hits and critical successes. After directing a few impressively decorated arthouse films like Devils On The Doorstep and The Sun Also Rises, Jiang Wen finally scores his first box-office hit as a director with his latest film Let The Bullets Fly, currently playing in GSC International Screens in 1 Utama, Pavilion and Mid Valley. 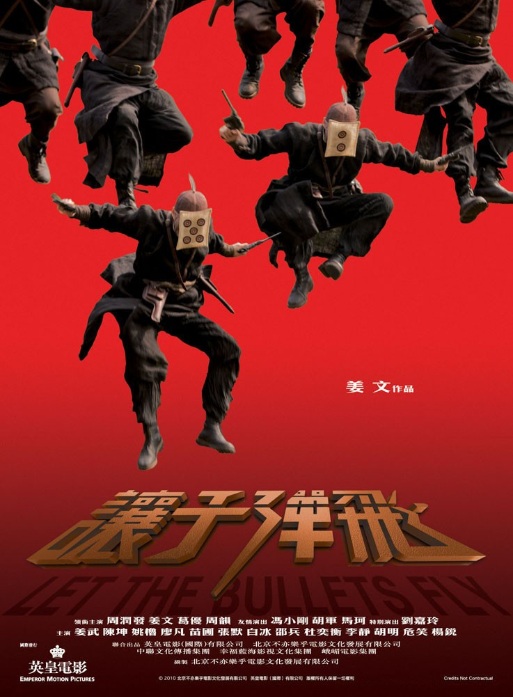 An action comedy very much in the spirit of Akira Kurosawa’s samurai westerns like Yojimbo and Sanjuro, Let The Bullets Fly is an immensely enjoyable and hilarious ride through the age of the warlords in the 1920s. The film charts the adventures of a bandit impersonating a governor (a title which apparently can be bought and sold back then), going face to face with the local godfather (played by Chow Yun Fat). Already the highest grossing domestic film in China’s history, it is second only to Avatar in total Chinese box-office takings, so don’t miss this golden opportunity to catch it on the big screen right here in Malaysia. Check out the trailer below.

New Music: Love Me Butch – We Are All You’ve Got