It’s Valentine’s Day today, so in honour of celebrating lurve, we thought we’d recommend to you a decent rom-com to watch with your loved ones. And the first Hollywood rom-com of the still young 2011 to make our shores, “No Strings Attached”, starring Natalie Portman and Ashton Kutcher, has turned out to be surprisingly (even shockingly) good. 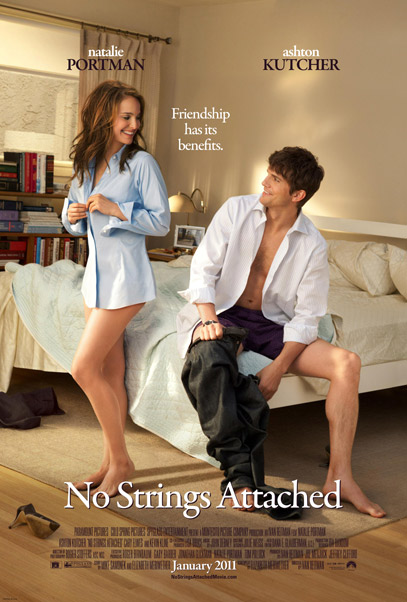 Directed by Ivan Reitman (of Ghostbusters fame), the film’s premise seems typical enough for Hollywood’s new breed of R-rated rom-coms, which is about friends with ‘benefits’ who will of course eventually fall in love. In short, it’s kind of like “Love & Other Drugs”, but without the disease, but we have to say that this is a far more successful film than that, with emotions that mostly ring quite true and dirty jokes that are actually funny (which is quite rare for a Hollywood cash-cow like this). So even though reviews have been mixed, we do think you should give this film a shot and decide for yourself. You might just be very pleasantly surprised like we did. Check out the trailer below.

Lost Tapes: The Other Side Of Valentine’s @ Laundry Bar, 17/2